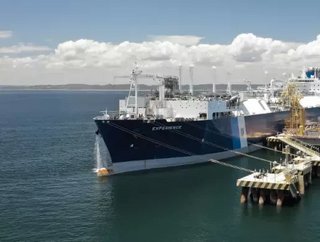 Excelerate Energy has successfully concluded with Petróleo Brasileiro S.A. (Petrobras) the negotiation stage of the tender process for the lease of Bahia Regasification Terminal.

Excelerate will start importing LNG and selling regasified natural gas to its Brazilian customers once the financial and legal qualification and certification stages have been concluded and all necessary regulatory approvals obtained.

Steven Kobos, President and Chief Executive Officer of Excelerate, said Petrobras' decision to advance in the tender for leasing the Bahia Regasification Terminal to Excelerate is an important milestone in the process of promoting competition in the Brazilian natural gas sector.

"We understand that increasing access to flexible LNG supply is critical to stabilising Brazil's energy system, especially during adverse weather events such as the current severe drought," he said.

"Petrobras has trusted Excelerate with critical services for years, and we expect to continue to support Petrobras' efforts to increase LNG access for the Brazilian energy market. We are proactively engaging with customers to assess their natural gas requirements and coordinating with Petrobras to ensure a timely and seamless transition of service."

Excelerate has provided regasification services in Brazil since 2012, with a track record of operations at Petrobras' LNG terminals in Bahia, Guanabara Bay, and Pecém. In September 2020, Excelerate's FSRU Experience broke an industry record for send-out capacity by reaching 1.06 billion cubic feet (BCF) at the Guanabara Bay LNG Regasification Terminal.

After two years of slumping LNG demand in South America’s major economies, the tide this year has shifted, according to Natural Gas Intel. LNG imports are up 60% in Brazil, according to consultancy Timera Energy, while Latin America has made up 16% of total LNG cargoes that originated in the United States this year.

Some of this new demand is pulling Atlantic cargoes away from Europe, contributing to a surge in European energy prices.

Natural gas prices in Europe and the UK have soared to some of the highest levels on record, threatening to raise costs for households and businesses as global supplies of the critical fossil fuel remain tight. In the UK, prices have risen above 100p a therm, the highest level since 2005 and a record for the summer, according to the Financial Times.