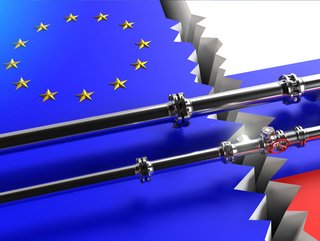 A severe gas-led recession will be a near certainty in Europe as countries are linked to each other not only via energy interconnectors but also through highly integrated supply chains, according to the Centre for Economics and Business Research (CEBR).

The likelihood for a gas shortage emerging in Germany has been estimated at 20% in a recent joint-study by various research institutes, which is somewhat lower than a few months ago due to efforts to fill up gas reserves in recent weeks.

However, following Russia's invasion of Ukraine, the risk of a recession must be estimated higher, given that most East and Central European countries are even more dependent on Russian gas than Germany.

"Italy and France are also on high alert as their energy supplies are equally at risk," it states.

"In addition to this, a tight gas supply will lead to further increases in energy prices for consumers, adding to inflationary pressures and claiming an even greater share of households’ disposable income, which is a recession risk in itself.

"Taken together, CEBR estimates the risk of a recession in Europe this winter at approximately 40%. It is therefore in everyone’s interest to use the time until winter to substitute away from gas where possible, secure additional supplies from other countries and reduce gas consumption wherever possible."

Russia’s state energy company Gazprom cut exports through the NordStream 1 pipeline by around 60% and planned maintenance downtime July is widely considered a convenient opportunity for Putin to shut the pipeline down entirely.

The European energy crisis, which has started in the winter of 2021 and ratcheted up following Russia’s invasion of Ukraine, has thereby reached another level of escalation.

The consequences of this are by no means limited to Germany. Gas flowing through the TurkStream pipeline to Bulgaria is down by 50% while exports through the Yamal pipeline to Poland have stopped entirely, making this a veritable pan-European crisis.

Ukraine's state-owned Naftogaz has entered into an agreement with the Canadian energy developer Symbio Infrastructure to buy LNG and green liquid hydrogen from Quebec, Canada. LNG and LH2 will be delivered to an import terminal in a mutually agreed European transit country.

KKCG Group and representatives of the Czech state have been discussing possible options to maintain Czech control over the Moravia Gas Storage facility, which is a critical part of the country's strategic energy infrastructure.

UK impacting by Russia even though most gas imported from Norway

In the UK, too, the energy crisis could yet get worse. Rising gas prices have been a major contributor to the ongoing cost of living crisis so far. But a complete stop of Russian exports to Europe would also put the UK’s energy security at risk as the heating season starts in the winter.

"While there is no Russian pipeline delivering gas to the UK directly – and indeed, the UK receives the vast majority of its gas imports from Norway – the UK is still exposed to swings in global market prices," it notes.

Also, as increasing numbers of European countries are vying for a limited supply of gas from alternative sources, prices have shot up significantly.

The UK has very limited storage capacity, meaning it is less able to sit out temporary price shocks – whether these stem from Putin’s decision to turn off the gas taps or a spell of the feared ‘Dunkelflaute’ – a period of no wind and very little sunshine, preventing power generation from renewables. Around 75m cubic metres per day have been flowing from the UK into Europe since March.

"The threat that Russia would use its energy exports as a weapon to exert pressure on Western countries that support Ukraine’s resistance has been clear since the beginning of hostilities, if not before," the report adds.

"The flipside of this has been the attempt of Western allies to inflict as much economic pain on Russia as possible to make it harder for Putin to fund his war."

However, while the EU agreed on an embargo of Russian oil at the end of last month, there was little appetite to extend similar measures to the Russian supply of gas, given the difficulties in finding alternative suppliers at short notice.

Now, Putin seems intent on forcing the hand of European states, convinced that stopping gas exports will hurt Western countries more than it will cost Russia in terms of forgone foreign currency.

"If gas supplies were indeed to run empty, governments will choose to shut down industrial sites first rather than reducing supply to homes," the report states.

"The knock-on effects on the economy therefore depend in part on the degree to which gas is used in industrial processes rather than to produce electricity or to heat homes."

In Germany, for example, industry accounted for 37% of gas consumption in 2021, a significantly higher share than in Italy at 25% or in the UK at 23%.

"Despite these differences, it seems clear that in the case of European gas shortages, a severe recession will be a near certainty. This is because European countries are linked to each other not only via energy interconnectors but also through highly integrated supply chains."

Rising inflation and borrowing costs, Russia's invasion of Ukraine, supply chain problems and policy confusion are all holding back new investment in upstream oil and gas at a time when the world needs it most, the Secretary General of the International Energy Forum (IEF) has warned.

"A growing storm of new factors is worsening the underinvestment problem and creating a red alert for energy markets," said Joseph McMonigle. "At a time when the global energy crisis calls for more supply, underinvestment in hydrocarbons will be the main reason for supply shortages, higher prices and volatility for the foreseeable future."