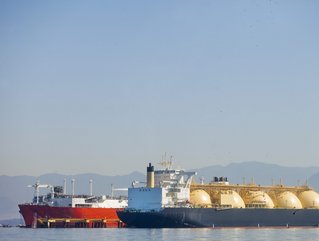 Golar LNG Ltd has released details of a project in collaboration with Stonepeak Infrastructure Partners to change the way Brazil gets its energy.

The venture - called ‘Golar Power’ - has received its Commercial Operation Date (COD) for the 1.5GW Porto de Sergipe I Power Project, meaning its has been green-lighted to start generating energy.

A combined-cycle gas-fired power plant, it represents the first such facility in Brazil and the largest of its kind in South America. Estimated to have cost US$1.4bn to construct, the power plant will feature a dedicated LNG import and regasification terminal.

Liquefied natural gas (LNG) is advantageous as a bridge fuel between renewables and fossil fuels because of its cleaner emissions and stable method of transportation.

Some estimates have placed LNG as 50% less polluting than coal, with minimal CO2, SO2, NOx and Mg. As such, the Golar Power plant could revolutionise Brazil’s energy sector, which is still highly reliant on petroleum and other fossil fuels for energy.

This potential to lead an energy shift has been noticed by Golar LNG, which stated in its press release that the project could be the starting point for cleaner, more reliable energy for millions of Brazilian citizens.

“This important achievement will facilitate Brazil’s transition to lower-carbon energy generation sources whilst also promoting the use of LNG to balance and diversify its supply of energy,” it said.

Far from being a niche interest, LNG has captured the attention of leading energy companies for several decades. Many are currently engaged in exciting projects across the world which seek to fully make use of the resource:

ExxonMobil: With more than 40 years working within LNG, ExxonMobil is as a world leader in this important bridge fuel.

The company continues to grow its portfolio of LNG operations to meet the growing global demand, including one in Papua New Guinea, which had a recorded production volume of 9mn tonnes in 2018, and Mozambique: ‘Area 4’, estimated to hold 85trn cubic feet of gas.

Chevron: Believing that global LNG demand will increase 130% by 2035, Chevron’s ‘Angola Liquefied Natural Gas Project’ is one of the most impressive energy projects operating in Africa today.

With a processing capability of 1.1bn cubic feet of gas per day, Chevron’s ALNG venture is making a substantial dent in the rising demand for LNG, producing an average of 23,000 barrels of LNG per day in 2018.