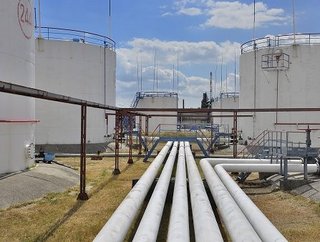 Energy Digital takes a look at liquefied natural gas (LNG) and the organisations that are producing and distributing it in the fast-growing industry.

With global energy demand expected to grow by a further 18% by 2035, over the coming decades liquefied natural gas (LNG) is predicted to be a fast-growing fossil fuel of choice due to its vast quantity, lesser environmental impacts over coal and oil, versatility and safety. LNG trade increased from 100mn tonnes in 2000 to nearly 300mn tonnes in 2017.

LNG is the liquification process of natural gas – extracted from beneath the earth’s crust –predominantly comprised of methane. The natural gas is cooled to -162°C (-260°F) in order to liquify it and, as a result, occupy 600 times less space., This makes long distance and overseas transportation easier and more economical. Once transportation is complete, LNG goes through a regasification process for distribution.

Why countries are turning to LNG

LNG currently is a vastly untapped resource; the US alone has an estimated 2,384trnn cubic feet of recoverable resources (2013). When burned, natural gas produces 45% less carbon dioxide than coal, 30% less than oil, and 15% less than wood, making LNG a preferred environmental alternative. It is estimated that if LNG was used to displace coal in China it would reduce CO2 emissions by 60 to 90mn tonnes per year.

LNG has enough horsepower to be used by industrial, commercial and residential users, and can be compressed to form compressed natural gas (CNG) to allow natural gas usage in vehicles such as Ford’s new model, Ford Aspire. Compared with other fossil fuels, LNG is a much safer option. When exposed to a source of heat, LNG will vaporise back into a natural gas leaving no residue behind, as well as only being flammable when there is a gas-to-air concentration of 5-15%.

While LNG is less environmentally impactful than more traditional fossil fuels, over the long-term it is not a fix for current environmental conditions. LNG is not a renewable resource like wind and solar power; it is still a fossil fuel that will eventually run out, and still produces CO2 when it is burnt for heat or electricity by consumers. Additionally, within its own value chain, LNG requires high amounts of energy during liquefaction and regasification, resulting in the production of GHG emissions in the periphery of the gas itself.

Nevertheless, LNG is still a better alternative to coal, nuclear and oil for reasons of GHG emissions, safety and abundance. Therefore, short-term LNG is being used by companies such as NRG Energy and Origin Energy are to repower their plants with LNG so that, in the long-term, companies can naturally retire their current plants and replace them with renewable alternatives.

Who is currently providing and distributing LNG?

Formed in 2018 with support from the First Nations group, all levels of government, business, labour and the community, LNG Canada is a joint venture (JV) between Shell, Petronas, PetroChina, Mitsubishi Corporation and Korea Gas Corporation (KOGAS). Its export facilities are based in Kitimat (British Columbia), the second largest reserve in Canada that is also close to Asian markets for LNG Canada to export to. From the beginning, LNG Canada has had safety, economic, environmental and community interests at the forefront of its strategy to put Canada on the map for LNG exportation.

What will the new LNG Canada facility do?

Established in 1907, Shell operates in over 70 countries, and is currently diversifying its offering to provide cleaner energy solutions in line with increasing demands for sustainable energy.

Shell has been a developer of LNG for over 50 years. Over those years, Shell has been involved with many LNG project including the first LNG liquefaction plant, established in 1964. Today, Shell is developing a Floating LNG (FLNG) production facility in order to gain access to resources underwater.

Shell is involved with every stage of the LNG value chain and has access to over 40mn tonnes of regasification capacity, 13 liquification plants, and operates 20% of the world’s LNG shipping with nearly 100 carriers.

Countries that Shell provide LNG to include: Japan, Korea, Spain, France, Italy, Turkey, Mexico, the US, Asia and Australia. This is along with supply projects in the West Pacific, Nigeria, Australia, Oman, Qatar, Russia, South Caribbean, Peru, Egypt, UK and India. In 2018, Shell sold a total of 71mn tonnes of LNG.

To provide a stable supply of LNG volume to the nation, KOGAS has invested in numerous LNG research and development, exploration, production, distribution and compression projects.

Established in 1954, Woodside Energy is a leading LNG producer in Australia. Since 1989, Woodside Energy has delivered over 5000 LNG cargos to international customers to date, and produces 6% of the global LNG supply. Woodside Energy currently supplies LNG to Africa, India, Egypt, Kuwait, Belgium the US Gulf Coast and Asia-Pacific regions. Current LNG capacity for Woodside Energy vehicles is 63,000 tonnes of LNG.