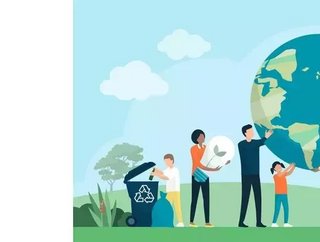 Global energy demand is set to drop by 5% in 2020 and energy investment by 18%, according to the International Energy Agency's World Energy Outlook 2020 report.

The estimated falls of 8% in oil demand and 7% in coal use stand in "sharp contrast" to a slight rise in the contribution of renewables, though natural gas and electricity demand are set to fall around 3% and 2% respectively.

While the pandemic has reduced CO2 emissions back to where they were a decade ago (2.4Gt), there may not have been a similar falls in methane - a powerful greenhouse gas - from the energy sector, despite lower oil and gas output, the report notes. "Despite a record drop in global emissions this year, the world is far from doing enough to put them into decisive decline," said Dr Fatih Birol, IEA Executive Director.

Uncertainty over the duration of the pandemic, its economic and social impacts, and policy responses open up a wide range of possible energy futures.

On the bright side, renewables are growing rapidly in all scenarios, with solar at the centre of this new constellation of electricity generation technologies, the report states.

Supportive policies and maturing technologies are enabling very cheap access to capital in leading markets. With sharp cost reductions over the past decade, solar PV is consistently cheaper than new coal- or gasfired power plants in most countries, and solar projects now offer some of the lowest cost electricity ever seen.

In the stated policies scenario, renewables meet 80 percent of the growth in global electricity demand to 2030. Hydropower remains the largest renewable source of electricity, but solar is the main driver of growth as it sets new records for deployment each year after 2022, followed by onshore and offshore wind.

The advance of renewable sources of generation, and of solar in particular, as well as the contribution of nuclear power, is much stronger in the stated policies scenario and Net Zero Emissions by 2050 case. The pace of change in the electricity sector puts an additional premium on robust grids and other sources of flexibility, as well as reliable supplies of the critical minerals and metals that are vital to its secure transformation.

However it warns grids could prove to be the "weak link" in the transformation of the power sector, with implications for the reliability and security of electricity supply.

While it foresees the growth era in global oil demand coming to an end within ten years, in the absence of a larger shift in policies, it is still too early to foresee a rapid decline in oil demand. Natural gas fares better than other fossil fuels, but different policy contexts produce strong variations.

Many oil and gas producers, notably those in the Middle East and Africa such as Iraq and Nigeria, are facing "acute fiscal pressures" as a result of high reliance on hydrocarbon revenues.

Reaching net zero globally by 2050 would demand a set of dramatic additional actions in the next decade. Bringing about a 40 percent reduction in emissions by 2030 requires that low-emissions sources provide nearly 75 percent of global electricity generation in 2030 (up from less than 40 percent in 2019), and that more than 50 percent of passenger cars sold worldwide in 2030 are electric (from 2.5 percent in 2019).