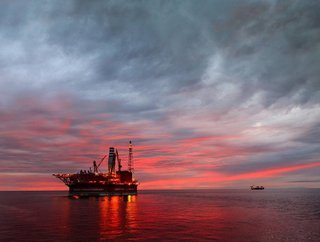 A subsidiary of the enormous Russian gas giant Gazprom, Gazprom Energy is forging a real name for itself as a leading supplier of gas and electricity to industrial and commercial consumers as well as public sector organisations, right across Europe.

Gazprom entered the energy retail market in 2006 when the privatised Russian gas company – with the Russian government still its major shareholder – acquired the UK’s Pennine Natural Gas, thus creating its first energy retail business (Gazprom Energy) outside of Russia. Gazprom Energy sources its gas wholesale from countries including Norway and Qatar, as well as its parent company Gazprom Marketing & Trading Ltd (GM&T Ltd), which is responsible for a sizeable 13% of gas production worldwide.

The company now has over 350 employees in the UK, France and the Netherlands, with a UK headquarters in Manchester.

In 2014, Kurt Bligaard Pedersen joined the company as Chief Executive Officer. He explains: "My role is essentially to future-proof Gazprom Energy as a key player in the business gas market." During his time as CEO, Gazprom Energy has won numerous awards, including Supplier of the Year, Energy Awards and being named the UK’s largest supplier of non-domestic gas by Cornwall Insight, recognitions Pedersen says the company remains extremely proud of. "In terms of maintaining this, what I see as vital is keeping a dialogue going with customers and external stakeholders to understand how the market is changing, what competitors are doing and how they fare in the market. I want to ensure that our customer-centric view means we stay in the same position long-term."

In 2017 Gazprom Energy signed a contract with British retail group Arcadia, owners of clothing brands Topshop and Miss Selfridge among others. The deal will see Gazprom Energy provide gas to 73 of its UK outlets over the next three years.

This marks Arcadia's first use of purchasing flexible gas as part of its revised energy strategy, having previously only using fixed contracts. "We have had a very successful relationship with Arcadia for six years under a fixed price agreement," Pedersen explains. "This recently changed to a new deal under a flexible purchasing contract, and we’re excited to be part of their evolving energy strategy. As Arcadia is a retail group with many sites across the UK, all with different energy needs, its energy management is really complex. Our close customer relationship, coupled with InSight, will help them adopt and take advantage of a new flexible buying approach."

The InSight platform was developed by GM&T Ltd. The platform gives immediate access to partners and customers for them to manage their energy accounts and monitor the market according to prices and price signals.

"From speaking to customers, it became increasingly clear that having direct access to the market was a priority," says Pedersen, "and that they were looking for new approaches to manage energy efficiently. But not only that, we knew that the energy market data that we have access to would greatly benefit our customers, and whereas some businesses would keep it for themselves, we wanted to share it openly with clients. So far it’s a great success."

Another project Pederson names as being particularly successful has been their introduction of robotic process automation (RPA) software, which gives the organisation access to a 24/7 "virtual" workforce. "That can run simple rule-based processes while our people focus on the tasks that benefit from a real human touch," he explains. "I’m proud of this project because it’s often the case that businesses require external consultants to do this, but instead colleagues took the lead on this and we are carrying it out almost entirely internally. This demonstrates a high level of skills that were enhanced by some effective teamwork."

Pedersen is also very happy with the adoption of Lean Six Sigma methodology. This is a strategy that helps organisations improve their performance by reducing the waste often caused by such issues as defects and over-production.  "This has seen us transform processes to make them quicker, of a higher quality, and more cost-effective, so this offers a win-win situation for us and our customers," he explains.

This enables Gazprom Energy's operations to remain sustainable during expansive growth. "In addition to the Lean methodology itself, Gazprom Energy’s company structure ensures that managers and team leaders are delegated responsibly so they can make decisions and drive change themselves. We get support externally from management coaches who review the capabilities of senior employees, and establish how units of the business can be improved."

The main trial ahead is keeping on top of new technologies such as AI, and successfully combining these with the physical world. "It’s a real challenge to apply it effectively," Pedersen says. "Businesses should look at how they can use data and technology to give them more information about the real world so they can make wiser decisions, otherwise competitors can easily overtake you. We’re always looking for new and innovative ways we can serve our customers and the InSight platform is a great example of this. The customer is of course always high on our list of priorities and we want to continue to be flexible to our clients’ needs, delivering a high quality and consistent service."

It is also equally important to pay attention to the views and ideas of Gazprom Energy’s employees. The RPA software, for example, was a concept developed by Gazprom Energy’s own workforce. "We’ll continue to give every employee a voice, regardless of their position," Pedersen says. "We find this is one of the best ways to encourage entrepreneurial spirit and be innovative.

"We want to take this further and get fresh ideas from people throughout the organisation, people who have perhaps seen successful implementations elsewhere and think it would benefit Gazprom Energy. Everybody has something to bring to the table, and after all, change will only happen if employees support it and believe in it."

Pedersen says that what sets Gazprom Energy apart from its competitors is not losing sight of customer service despite rapid expansion. "We really do have a genuine entrepreneurial spirit that hasn’t eroded over the years, as well as a strong position in the market thanks to being part of the world’s largest producer of gas," he says.

"It’s a rare combination, as often businesses that have seen so much growth lose sight of the values and ethos that made them so successful. We made a conscious effort not to let this happen. The energy business can be risky, but thanks to the backing we have from Gazprom we’re preparing for the long haul."