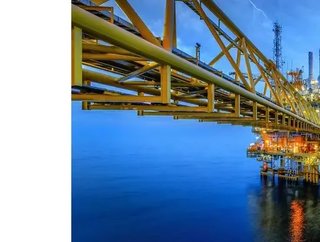 Report urges sector to take advantage of its competitive strengths to survive...

The Oil Field Service and Equipment (OFSE) sector is facing an unprecedented crisis due to demand and environmental uncertainties, while the COVID-19 crisis has resulted in the sector being hit by both the associated oil-price weakness and deeper cuts to operator capital expenditures, according to a McKinsey & Company report entitled A winning OFSE agenda for current times.

As a result of the crisis, shareholder returns are falling well below those of other sectors, while revenue and margins are under considerable pressure in most markets. While current circumstances have exacerbated the sector’s challenges, there have been long issues that have remained unaddressed for many years, the report adds.

“The combination of activity growth, good industry structure, and profitable pricing resulted in the OFSE sector’s TRS outperforming those of other oil and gas sectors and the S&P 500 by around 12 percent. However, toward the end of the period, proliferation of regional players and unconstrained capacity additions by the large OFSE companies destroyed the industry conduct and created several issues that have been playing out ever since,” it says.

“A slump of around $450 billion in global capital expenditures in upstream sectors since 2014 has slashed the sector’s revenue and led to significant overcapacity. A sustained drop in oil prices saw operators demand a similar drop in OFSE costs. And operators pivoted from focusing on growth to focusing on cash flow, mostly by switching to short-cycle, unconventional plays.

“Margins were squeezed, particularly in capital-intensive services, and market capitalisation had more than halved, to around $150 billion, by 2019. The annual TRS from 2014 to 2019 was in negative double digits, compared with growth in the low single digits among operators. A flood of second-hand equipment has made matters worse, but the sector continues to innovate and cut costs,” the report explains.

The OFSE sector now faces several structural issues that must be dealt with:

Fragmentation and low barriers to entry

Changing operator behaviour, a wide availability of capital, and declining technological differentiation has led to a dramatic increase in the number of OFSE companies, which has increased the level of competition. In some markets, services have become commoditised.

Industry commercial models, typically time and material contracts, have proven to be inefficient through up- and downcycles. Given the cyclical nature of the industry, new commercial-model envelopes become highly critical.

Some subsectors have struggled to respond quickly enough to a more challenging business environment, resulting in significant value erosion. For example, after the 2014 price crash, the offshore-drilling sector took almost a year to begin rationalising its fleet, resulting in a significant burn rate on cold-stacked rigs.

Furthermore, the report warns that in the next decade, there are several trends that are likely to impact the OFSE industry negatively, including: Plateauing oil demand by the 2030s; Capital deployment away from the sector; Shrinking customer and asset bases; Extreme margin focus; Shorter decision cycles; Limited price differentiation; Talent refresh; Regionalisation; and Higher OFSE operating costs due to increasingly complex product lines.

Therefore, the companies that can successfully emerge from the current crisis are ones that prepare for and embrace fundamental change, the report says. OFSE companies that hesitate to reinvent themselves will risking being marginalised or targeted for acquisition, it warns.

Therefore, it suggests OFSE companies focus on five key actions in order to adapt and prepare for the challenges they will be facing in the near future:

The report urges companies to each take a different approach, attuned to their competitive strengths.

“OFSE companies need to define their sources of competitive advantage and focus on activities that leverage them. To do that effectively, companies should build independent perspectives of their relative strengths through a combination of market-landscape analysis, benchmarking, and interviews with key stakeholders.

“Competitive advantage could come from access to highly skilled labour or proprietary information, alongside manufacturing cost base, market access, and brand image. Lessons can be learned from the steel industry, which has already passed through the phase.

“For example, ArcelorMittal focused on its key advantage of operational excellence by first acquiring assets with structural advantage (such as those in insulated markets, allowing backward integration into advantaged raw-material supply) and then cutting costs and improving operations,” the report concludes.