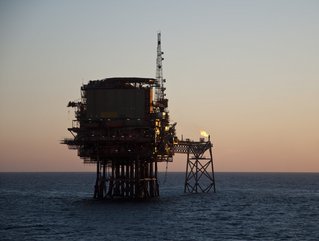 Oil and Gas UK, a trade association that acts as the voice for the regions industry, has revealed in its latest report that $6bn worth of mergers and...

Oil and Gas UK, a trade association that acts as the voice for the regions industry, has revealed in its latest report that $6bn worth of mergers and acquisitions has taken place in the UK oil and gas sector in the first half of 2017.

Despite the sector having struggled with the downturn in oil prices, the report has suggested that the result of assets changing hands will ultimately be the injection of investment, something that will only bring benefit to the industry.

"We are increasingly being seen as a much more attractive basin in which to invest with further Mergers and acquisitions activity expected over the remainder of this year and into the next," said Deirdre Michie, CEO of Oil and Gas UK.

"Although we are getting to a much better place, we still need further investment to generate new activity and sustain hundreds of thousands of UK jobs."

Oil and Gas UK praises the UK sector for its differentiation through efficiency gains, fiscal competitiveness and a world-class supply chain in the face of difficult market conditions and with the looing shadow of Brexit.

"Despite our difficulties, we’ve got more reasons to be positive and some great stories to tell that demonstrate the real progress that we are now making," Michie added.

"Our sector is successfully repositioning through efficiency and cost improvements. We are transforming in a way that is getting UK oil and gas back in the game."

With renewed interest in the basin and successful sector differentiation, the challenge for the UK oil and gas sector is to ensure that this unlocks the potential of the region.

Currently £40mn worth of development opportunities are known to be in company business plans, something that Michie believes that the UK government can help to harness:

"While industry will maintain its relentless focus on improving its cost and efficiency performance, Government can continue to play its part - by developing a clear energy policy that reinforces the role for oil and gas in the Industrial Strategy, supporting a Sector Deal and confirming in the Autumn Budget that decommissioning tax relief will be modified to support further investment activity.

"It’s vital that industry and government work together to secure our future.  There are billions of barrels of oil and gas still to go after in our own back yard. Government and industry must make the most of the opportunity offered by our sector."