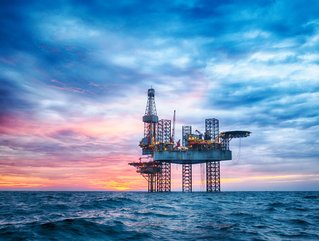 New China lockdown measures, the war in Ukraine and weaker-than-expected demand in OECD countries have all impacted Q2 global oil demand, according to the International Energy Agency (IEA).

The IEA estimates global oil demand has been lowered by 260 kb/d for the year versus last month’s Report, and now expected to average 99.4 mb/d in 2022, and comes as pricing pressures intensify, with global benchmark of Brent Crude rising to US$114.84 a barrel, its highest since March 28.

Political protests in Libya, which have impacted oil operations, are fuelling the widespread volatility, along with the prospect of the EU drafting proposals to ban Russian crude.

Russian oil supply is expected to fall by 1.5 mb/d in April, with shut-ins projected to accelerate to around 3 mb/d from May. Despite the disruption to Russian oil supplies, lower demand expectations, steady output increases from OPEC+ members along with the US and other non OPEC+ countries, and massive stock releases from IEA member countries should prevent a sharp deficit from developing, the IEA adds.

Global refinery throughputs are forecast to increase by 4.4 mb/d from April to August due to new capacity and normal seasonal gains. This would allow product inventories to see the first build in two years, offering some respite to the tight market. Overall, 2022 runs are forecast to gain 3 mb/d y-o-y, but will remain below 2017 levels.

Global oil inventories have decreased for 14 consecutive months, with February stocks 714 mb below the end-2020 level and OECD countries accounting for 70% of the decline. OECD total industry stocks fell by 42.2 mb to 2 611 mb in February, nearly double the seasonal trend. Preliminary data show a build in OECD industry stocks of 8.8 mb for March.

Futures prices for ICE Brent were trading at around $104/bbl as this Report went to print, down nearly $10/bbl following IEA collective stock release actions and a massive US release from the strategic petroleum reserve. Benchmark crude prices are now back to near pre-invasion levels but remain troublingly high and are a serious threat for the global economic outlook.

Oil markets struggling to navigate supply losses and dislocations stemming from Russia’s invasion of Ukraine received much needed support from US and IEA coordinated stock releases. IEA member countries agreed on 1 April to tap their emergency reserves for the second time in the space of a month, this time to the tune of 120mb.

The record volumes will provide welcome relief to an already tight oil market that’s facing heightened uncertainty amid the multitude of repercussions stemming from sanctions and embargoes targeted at Russia by the international community and consumer boycotts. Crude prices have eased by nearly $10/bbl following announcements of the US and IEA stock releases, with ICE Brent last trading at around $104/bbl.

Insisting that no supply shortage exists, OPEC+ countries agreed on 31 March to stick with a modest monthly output increment for May. In March, output from the alliance’s 19 members with quotas was up by a mere 40 kb/d, far below the planned 400 kb/d increase, and 1.5 mb/d below their target. Output from non-OPEC+ producers, most notably the US, also fell short of expectations at the start of the year. Non-OPEC+ output is now seen growing by 2 mb/d in 2022, 100 kb/d lower than in last month’s Report. From this month, our OPEC+ supply estimates will be published on our website.

Russian oil supply and exports continue to fall. So far in April, roughly 700 kb/d of production has reportedly been shut in. We assume these losses will grow to an average 1.5 mb/d for the month as Russian refiners extend run cuts, more buyers shun barrels and Russian storage fills up. From May onwards, close to 3 mb/d of Russian production could be offline due to international sanctions and as the impact of a widening customer-driven embargo comes into full force.

While some buyers, most notably in Asia, increased purchases of sharply discounted Russian barrels, traditional customers are cutting back. For now, there are no signs of increased volumes going to China, where refiners have cut runs as a recent surge in Covid cases and new restrictions have dented oil demand.

The stringent lockdowns in China have led us to further revise down our estimate for oil demand in 2Q22 and for the year as a whole. In addition, more complete demand data for 1Q22, especially in the US, was sharply lower than preliminary estimates. As a result, global oil demand has been reduced by 260 kb/d for 2022 and is now forecast to average 99.4 mb/d, up by 1.9 mb/d from 2021.

Lower demand expectations and steady output increases from Middle East OPEC+ members along with the US and other countries outside the OPEC+ alliance should bring the market back to balance. But the outlook is mired in uncertainty and OECD industry stocks in February continued to draw at a steep pace to stand 320 mb below their five-year average.