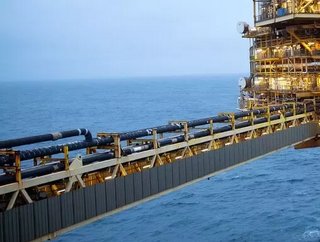 A Netherlands court has ruled that Shell must reduce its emissions by 45% by 2030 compared to 2019 levels - the first time a company has been legally obliged to align its policies with the Paris climate accords.

While Shell has committed itself to net zero by 2050, its near-term targets have only concerned the 'carbon intensity' of its business. The ruling means Shell, in line with other majors, must ramp up its decarbonisation efforts.

“We are investing billions of dollars in low-carbon energy, including electric vehicle charging, hydrogen, renewables and biofuels," he said. "We want to grow demand for these products and scale up our new energy businesses even more quickly."

Yesterday's ruling makes that a legal, as much as a commercial, imperative. The legal action was brought by Friends of the Earth Netherlands (Milieudefensie) together with 17,000 co-plaintiffs and six other organisations.

Rachel Kennerley, climate campaigner at Friends of the Earth England, Wales and Northern Ireland said: “Today an historic line has been drawn, no more spin, no more greenwashing, big oil is over. The future is in clean renewables. This is also for the urgent attention of the UK government, because real emissions reductions are required urgently, not offsetting or other smoke and mirrors distractions."

Shell said it has built around 200 fast charging points, increasing to 250 by the end of the year, and will offer 200,000 charging points throughout Europe, through its subsidiary NewMotion.

It is opening hydrogen fueling stations and has plans to build electrolysers in the Port of Rotterdam and the Eemshaven for green hydrogen production from green electricity. These hydrogen plants could reduce industry emissions, are at the centre of new value chains (wind to hydrogen to industries/freight transport) and provide jobs.

It is also developing biofuels, such as bio-LNG from biowaste with its partners Renewi and Nordsol for more sustainable freight transport.

But the clear message inside and outside the courtrooms is the industry needs to act faster. Last week the IEA turned up the heat on the oil industry, stating no new oil and gas fields should be developed from this year in its Net Zero by 2050 report.

In the near term, the report describes a net zero pathway that requires 'the immediate and massive deployment of all available clean and efficient energy technologies, combined with a major global push to accelerate innovation.'

The difficulty for majors is reconciling environmental strategies with financial practicalities, in a world that still evolves around oil and gas. How can organisations balance legacy core hydrocarbon businesses while also diversifying into a range of low-carbon options? The 'double whammy' of the pandemic and declining oil prices has rocked the industry to the core. In the first three quarters of 2020 alone, oil and gas companies in North America and Europe wrote down asset values of $145 billion.

bp and ENI recently signed an MoU to combine their upstream portfolios in Angola, including all oil, gas and LNG interests, and it announced gas production from the Raven field, the third stage of its major West Nile Delta (WND) development off the Mediterranean coast in Egypt - part of a $9 billion development. Though in sustainable moves, it also teamed up with CEMEX and secured planning approval for upscaling plans for the Wellington North solar project.

"The first response of oil and gas companies ... must be to build a portfolio that is resilient to both lower commodity prices and higher carbon prices," advises a McKinsey report.

According to McKinsey’s 1.5-degree-pathway scenario, over the next decade $750 billion is needed to flow to CCUS, $200 billion to EV infrastructure, and $700 billion to hydrogen-production capacity, while Renewable power capital expenditures of $8.5 trillion are required to build the solar and on- and offshore wind capacity required from 2020 to 2030.

"We continue to take significant steps to accelerate the transition of our business to net-zero emissions, which includes working with our suppliers, customers and other partners in reducing their emissions," said Brekelmans. "To find the solutions the world needs, we continue to engage in dialogue with NGOs, industry partners, governments, academia, shareholders and wider society."