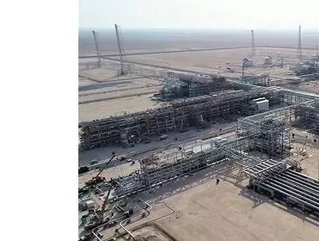 PTTEP strikes deal with BP Exploration and comes hot on the heels of bp and Equinor completing formation of their strategic US offshore wind partnership...

PTT Exploration and Production Public Company (PTTEP) has bought a 20% participating interest in Oman’s Block 61, one of the largest gas developments in the Middle East, strengthening its upstream and midstream profile in the Sultanate.

The acquisition will immediately add to the company’s petroleum reserves and sales volumes, foster its long term growth, and open up further investment opportunities in the region.

Phongsthorn Thavisin, CEO of PTTEP, said subsidiary PTTEP MENA has signed a Sale and Purchase Agreement (SPA) with BP Exploration (Epsilon)) for a 20% participating interest in Oman’s Block 61 with a transaction value of US$2,450 million, subject to final net working capital and other closing adjustments per SPA at completion of the transaction following government approval expected within this year.

The value excludes potential contingent payments which are capped at a maximum amount of US$140 million, and subject to certain milestones stipulated under the SPA being accomplished. The acquisition will be funded from cash available on PTTEP’s balance sheet.

Block 61 is a producing onshore gas field with enormous resources and significant importance to Oman’s natural gas market. Block 61 has the capacity to deliver approximately 35% of total gas output in Oman. The investment will have an immediate effect of increasing PTTEP’s petroleum reserves and sales volumes. Furthermore, this will also open an opportunity for PTTEP to develop a high potential project in Oman in collaboration with world-class E&P companies.

“Since 2019, PTTEP has invested in key assets in Oman including PDO (Block 6), the largest onshore oil field in Oman, and Oman LNG, the only LNG gas liquefaction complex in the country. The investment in Block 61 is aligned with PTTEP’s direction of growth, focusing on highly prolific areas, and supports our strategy towards gas value chain investments as gas produced from the block will boost availability of gas supply for Oman LNG. This successful acquisition will further strengthen PTTEP’s foothold in Oman in the long run and pave the way for future investments in the Middle East,” said Phongsthorn.

Covering around 3,950sq kms in central Oman, Block 61 is comprised of two phases, Khazzan gas development which began production in 2017, followed by Ghazeer in October 2020 with a combined daily production capacity of approximately 1,500 million cubic feet per day (MMSCFD) for gas and more than 65,000bpd for condensate. The block is targeted at developing total gas resources of 10.5 trillion cubic feet.

At present, PTTEP has invested in upstream and midstream businesses in Oman, including PDO (Block 6), the largest onshore oil field in Oman; Mukhaizna (Block 53); Oman Onshore Block 12; and Oman LNG, the only LNG gas liquefaction complex in the country.

bp and Equinor recently completed the formation of their strategic US offshore wind partnership, which includes bp’s $1.1 billion purchase from Equinor of a 50% interest in two major lease areas off the US East Coast. The new partnership will develop up to 4.4GW through two projects – Empire Wind and Beacon Wind – and together pursue further growth in the US offshore wind market.

The completion of the partnership follows Empire Wind 2 and Beacon Wind 1 projects being selected to provide New York State with 2.5GW of power. Together with the existing award to supply 816MW from the Empire Wind 1 development, this represents a total commitment to provide 3.3GW of renewable offshore wind energy to the State of New York. 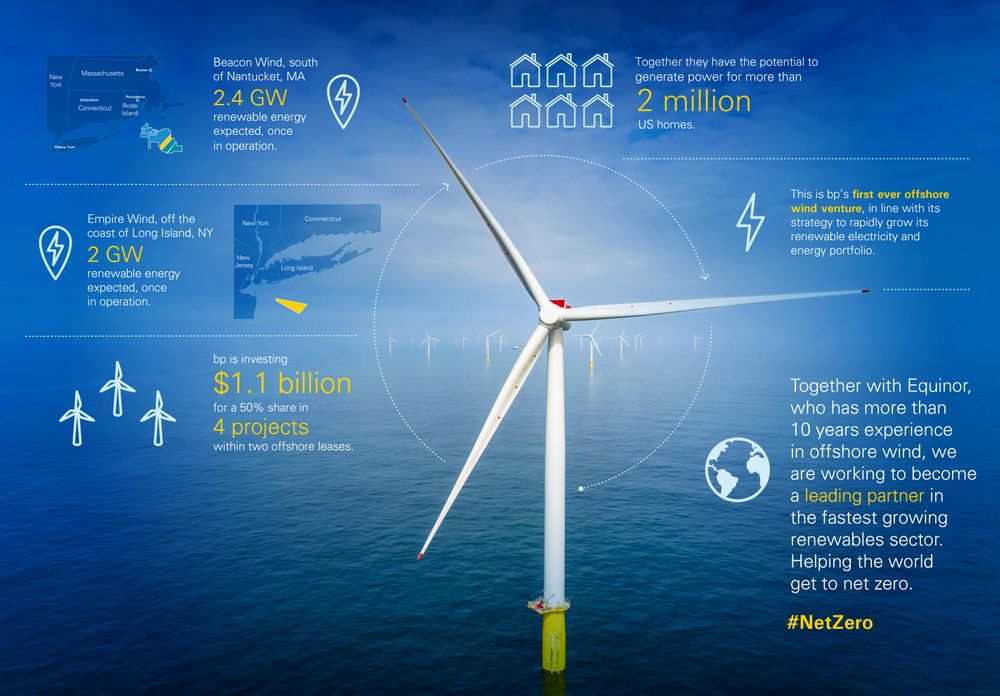