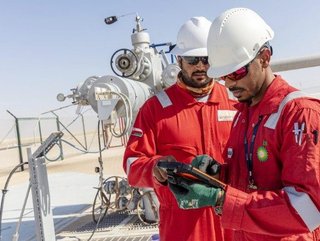 bp reported a Q1 loss of $20.4bn which it attributed primarily to the exit of its 19.75% shareholding in Rosneft and associate businesses in Russia.

Rosneft aside, bp's underlying profits totalled $6.2bn, exceeding analysts' forecasts, and a significant jump on the $4bn profit in Q4 2021.

CEO Bernard Looney said the quarter was dominated by the tragic events in Ukraine and volatility in energy markets.

"Our decision in February to exit our shareholding in Rosneft resulted in the material non-cash charges and headline loss we reported today," he said.

"But it has not changed our strategy, our financial frame, or our expectations for shareholder distributions. Importantly bp continues to perform and step-by-step we are making progress executing our IEC strategy - producing resilient hydrocarbons to provide energy security while investing with discipline in the energy transition." 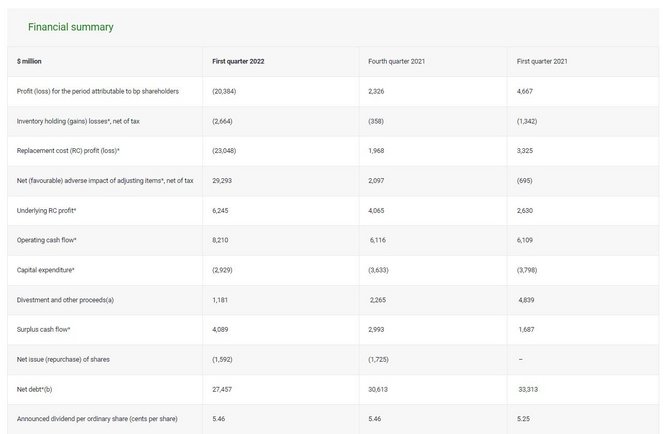 Since the start of 2022, bp announced the start-up of the Herschel Expansion major project in the Gulf of Mexico; signed a final agreement with Eni to create Azule Energy a new independent joint venture in Angola; and advanced its strategy in biofuels producing sustainable aviation fuel at bp's Lingen refinery, and entering into a long-term strategic offtake and market development agreement for low-carbon biofuels feedstock with Nuseed.

It recently launched an EV charging strategy with Volkswagen Group and plans to invest £1bn in the UK over the next decade; another tie-up involves a global strategic convenience partnership with Uber, aiming to make more than 3,000 retail locations available on Uber Eats by 2025; and it has teamed up with DHL Express to supply sustainable aviation fuel.

In low carbon energy, it increased its position in offshore wind with the ScotWind lease option award of 1.45GW net; agreed to form an offshore wind partnership with Marubeni; and advanced its hydrogen strategy, announcing plans to develop H2-Fifty, a 250MW gross green hydrogen plant in Rotterdam and signing an agreement to form a joint venture with Aberdeen City Council to develop a hydrogen hub.

bp intends to invest up to £18bn in the UK’s energy system by the end of 2030, demonstrating bp’s firm commitment to the UK, and helping the country to deliver on its bold ambitions to boost energy security and reach net zero, it confirmed today.

It appears to be a pre-emptive move to fend off the prospect of a UK windfall tax on oil majors, as businesses and consumers struggle to pay escalating bills during the energy crisis.

bp said it anticipates paying up to £1bn in taxes for its 2022 North Sea profits, on top of around £0.25bn that it has paid annually in other taxes in the UK in recent years.

Looney said: “We’re backing Britain. It’s been our home for over 110 years, and we’ve been investing in North Sea oil and gas for more than 50 years. We’re fully committed to the UK’s energy transition – providing reliable home-grown energy and, at the same time, focusing on the drive to net zero. And we have ambitious plans to do more and to go faster. Our plans go beyond just infrastructure - they see us supporting the economy, skills development and job opportunities in the communities where we operate. We are all in.”

These projected investment figures are in addition to bp’s significant operating spend in the UK. In 2019, prior to the pandemic, an estimated 0.5% of UK GDP was supported by bp’s activities.

The UK projects in which bp is looking to invest - and the wider activities supporting them - include: