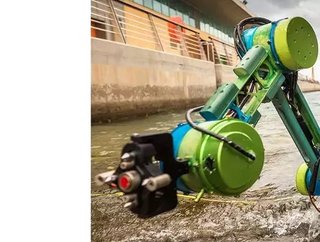 Acceleration of digital investment follows sharp fall in net income to $49 billion in 2020...

Saudi Aramco is accelerating digital technology and innovation after net income fell 44 percent to $49 billion in 2020.

The oil giant said technology and innovation are key to delivering more energy with fewer emissions, and reported a company record of 683 US patents in 2020.

Aramco achieved an estimated upstream carbon intensity of 10.5 Kg of CO2 per barrel of oil equivalent in 2020 and described the conversion of hydrocarbons to hydrogen and then to ammonia, while capturing the CO2 created during the process, as a "promising area".

Aramco is exploring with Hyundai Heavy Industries Holdings, in a non-binding MoU, collaboration on research and development opportunities in blue hydrogen and ammonia. Utilization and application in targeted markets in South Korea are being studied although there is no intention for any CO2 transportation. In August, Aramco exported the world’s first shipment of high-grade blue ammonia to Japan for use in zero-carbon power generation.

Aramco President & CEO Amin H. Nasser, said it was an "exceptional performance during such testing times" and declared a dividend of $75 billion.

“As the enormous impact of COVID-19 was felt throughout the global economy, we intensified our strong emphasis on capital and operational efficiencies. At the same time, the accelerated deployment of digital technologies across the company significantly enhanced our performance and we continued to make progress on breakthrough low-carbon solutions.

“Looking ahead, our long-term strategy to optimize our oil and gas portfolio is on track and, as the macro environment improves, we are seeing a pick-up in demand in Asia and also positive signs elsewhere. We remain confident that we will emerge on the other side of this pandemic in a position of strength."

In January, Aramco and stc launched Dammam 7, billed as a new 'supercomputer' among the top 10 most powerful globally.

Developed at Dhahran Techno Valley in partnership with Solutions, a subsidiary of stc Group, and CRAY, a Hewlett Packard Enterprise subsidiary, Dammam 7 has 55.4 petaflops of peak computing power, allowing it to process and image the world’s largest geophysical datasets.