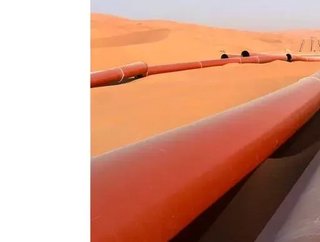 CEO says Saudi oil giant is looking at options to develop and supply energy sources such as hydrogen to broaden Chinese relationship...

Saudi Aramco is eager to sell natural gas to China in order to help its biggest oil customer make the transition to cleaner fuels.

Speaking at the China Development Forum, Chief Executive Officer Amin Nasser says the Saudis, who have fought to remain amongst China’s largest crude suppliers, are looking at options to develop and supply energy sources such as hydrogen and new kinds of chemicals to broaden their relationship with China, according to a Bloomberg report. Saudi Aramco is the world’s largest oil exporter, while China is the world’s largest buyer of oil.

In September, China’s leadership pledged to turn the country carbon neutral by 2060. Though little detail was offered as to how this would be achieved, fulfilling that pledge would mark a major shift for the one of the world’s biggest users of coal and oil. Most analysts and many oil majors predict that crude use will peak long before China’s target date, the report adds.

“We can also supply bridge fuels that will help meet China’s growing need for clean energy, as we expand into international gas and LNG,” Nasser says. “There are opportunities to collaborate in the development and use of clean future fuels such as hydrogen and other chemicals-type clean fuels.”

He adds that the technology to transform crude oil directly into chemicals is at “an advanced stage,” pointing out that Aramco is working with Tsinghua University in Beijing on a pilot project for the catalytic transformation of oil to chemicals.

Saudi Aramco’s ambitions to become an international player in liquified natural gas make take longer to realise, with the company shifting its investment focus to the long-term, Nasser has previously said, during comments made during a conference last month.

Aramco achieved a record single-day natural gas production of 10.7 bscfd on August 6, from both conventional and unconventional fields. Its Master Gas System has been expanded to include offshore fields, and Aramco now had the capacity to produce up to 2 billion standard cubic feet per day (scfd).

Nasser adds that the company has postponed plans for a LNG export project in the United States, while it has also scaled back plans to build a crude-to-chemicals complex in the Kingdom.

The company has joint venture refineries in China, as well as elsewhere in Asia and the US. It is now looking to invest in similar downstream projects that are already under development so as to be able to meet its goal of nearly doubling its refining capacity to as much as 10 million barrels a day, within this decade, the report concludes.

Total hydrocarbon production for the first nine months was 12.4 million barrels per day of oil equivalent, of which 9.2 million was crude oil.