Saudi Aramco pledges up to $50bn on 2022 capital expenditure 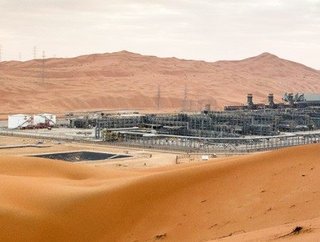 The Saudi Arabian Oil Company (Aramco) plans to assign $40-50bn to capital expenditure this year to meet demand growth after it reported net income more than doubled to $110bn in its 2021 results.

Aramco's expenditure commitment comes against the backdrop of the broader decline in upstream investment across the global industry and ongoing energy volatility, driven by supply challenges and Ukraine war. Capital expenditure in 2021 was $31.9bn, an increase of 18% from 2020, primarily driven by increased activities in relation to crude oil increments, Tanajib Gas Plant and development drilling programs.

It anticipates continuing to raise crude oil Maximum Sustainable Capacity (MSC) to 13mn bpd by 2027, and potentially increasing gas production by more than 50% by 2030. In its Downstream business, Aramco plans to expand its liquids to chemicals capacity to up to 4mn bpd. Aramco also intends to develop a significant hydrogen export capability and become "a global leader" in Carbon Capture and Storage (CCS).

“Although economic conditions have improved considerably, the outlook remains uncertain due to various macro-economic and geopolitical factors," he said.

"But our investment plan aims to tap into rising long-term demand for reliable, affordable and ever more secure and sustainable energy.

“We recognise that energy security is paramount for billions of people around the world, which is why we continue to make progress on increasing our crude oil production capacity, executing our gas expansion program and increasing our liquids to chemicals capacity."

The project, which presents an opportunity for Aramco to supply up to 210,000 bpd of crude oil feedstock to the complex, is expected to be operational in 2024.

Aramco’s net income increased by 124% to $110bn in 2021, compared with $49bn in 2020, reflecting higher crude oil prices, stronger refining and chemicals margins, and the consolidation of SABIC’s full-year results. Aramco declared a Q4 dividend of $18.8bn, to be paid this month.

The Board of Directors also recommended that $4bn in retained earnings be capitalised and bonus shares be distributed to shareholders, subject to required Extraordinary General Assembly and regulatory approvals

in December, Aramco signed a lease and leaseback deal involving its gas pipeline network with a consortium of investors led by BlackRock Real Assets and Hassana Investment Company. Under the deal, which closed in February, the consortium acquired a 49% stake in a newly-formed Aramco subsidiary, Aramco Gas Pipelines Company, with Aramco receiving upfront proceeds of $15.5bn.

Earlier in 2021, Aramco closed a similar deal for its oil pipeline network with another international investor consortium, including EIG Global Energy Partners and Mubadala. The consortium acquired a 49% stake in Aramco Oil Pipelines Company, a subsidiary of Aramco, for $12.4bn.

Aramco also raised $6bn in Q2 2021, as it expanded and diversified access to capital through the issuance of three tranches of US dollar-denominated Shari’a-compliant Sukuk trust certificates. The issuance was the world’s largest order book of US-dollar denominated Sukuk.

Upstream continues to execute its growth plans to promote long-term productivity of Saudi Arabia’s reservoirs and is proceeding with implementing the Government’s directive to increase its crude oil MSC to 13mn bpd by 2027. During the year, Aramco tied in the ‘Ain Dar and Fazran crude oil increments, and construction progress continued on the Marjan and Berri increment programs.

Aramco continued its strong track record of supply reliability by delivering crude oil and other products with 99.9% reliability in 2021, despite challenges caused by COVID-19. It was the second year running that Aramco achieved this level of reliability.

In November, Aramco commenced development of the vast Jafurah unconventional gas field, the largest non-associated gas field in the Kingdom of Saudi Arabia. By 2030, it is expected to reach a sustainable gas rate of two billion standard cubic feet per day (bscfd) of natural gas.

The Company also made progress in expanding its Downstream operations, including the successful start-up of its 400mn bpd Jazan Refinery.

In October, Aramco and TotalEnergies launched the first service stations of a joint retail network in the Kingdom, with plans to significantly upgrade a network of more than 200 service stations and expand the range of quality retail services. In December, Aramco also announced its entry into Saudi Arabia’s domestic lubricants market, offering consumers a new line of lubricant products under the ORIZON® brand.

In August, through its subsidiary SAPCO, Aramco acquired a 30% stake in the 1500MW Sudair Solar PV project. Sudair will be one of the largest plants of its kind in the world.

The company also announced a major expansion of its industrial investment program Namaat, which aims to tap into opportunities available in Saudi Arabia to create new value, and drive economic expansion and diversification.

Aramco aims to achieve net-zero Scope 1 and Scope 2 greenhouse gas emissions across its wholly-owned operated assets by 2050 which includes an aim to reach near-zero Upstream methane emissions by 2030.