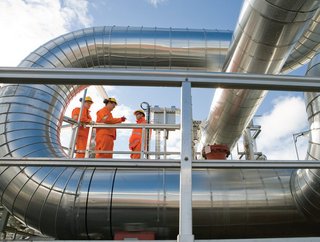 Shell has set the wheels in motion to exit the upstream oil and gas business in Ireland, after agreeing a deal to sell its interests for $1.2...

Shell has set the wheels in motion to exit the upstream oil and gas business in Ireland, after agreeing a deal to sell its interests for $1.23 billion.

The transaction includes an initial consideration of $947m and additional payments of up to $285m between 2018-2025, subject to gas price and production.

The deal is subject to partner and regulatory consents and is expected to complete in Q2, 2018.

The Shell share of the Corrib gas venture’s production represented approximately 27,000 barrels of oil equivalent/day in 2016.

“This transaction is part of our strategy to reshape Shell and to deliver a world class investment case,” said Shell’s Upstream Director, Andy Brown.

“It demonstrates the strong momentum behind our three-year $30 billion divestment programme. At the half-way point, we have now announced deals valued at more than $20 billion.”

“This transaction is consistent with Shell’s strategy to concentrate our upstream footprint where we can add most value. I’m confident that Corrib will continue to deliver energy successfully to the people and businesses of Ireland.”

Ronan Deasy, Shell’s Country Chair in Ireland, said: “Shell is very proud to have led the development of the Corrib gas field. Since coming on-stream, the field and facilities have delivered exceptional performance.

“I would like to pay tribute to all those who have contributed to the development of this important energy project. In particular, I wish to acknowledge our staff, stakeholders and the local community who have worked closely with us over the years.

“With our existing staff remaining with the asset - CPPIB as a partner; and Vermilion, as the operator, will be well placed to successfully own and manage Corrib.”

The transaction will result in an impairment charge of around $350m, which will be taken in Q2, 2017. At completion, a negative non-cash Cumulative Currency Translation Difference of around $400m will be released.

Shell will retain a presence in Ireland through its aviation joint venture, Shell and Topaz Aviation Ireland Limited based near Dublin airport.

Separately, Shell has agreed a deal to buy the Turritella floating, production, storage and offloading (FPSO) vessel from SBM Offshore for $1 billion.

The vessel is contracted for the Stones deep-water development in the Gulf of Mexico, which began production last year.  Shell and SBM said they will work over the next several months to achieve a safe, smooth transition of the vessel operations.