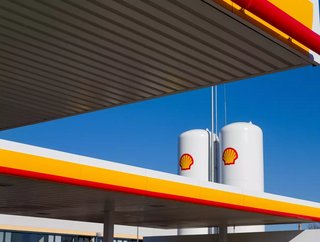 Shell intends to change its A-B share structure to a single line of shares, move its tax residence to the UK and drop 'Royal Dutch' prefix

Shell is proposing a simplified structure which it believes will increase its capital and portfolio flexibility and enable the company to be better equipped to face the challenges of a net zero age.

The oil giant intends to change its A-B share structure to a single line of shares and its tax residence to the UK, which will house its CEO and CFO. The 'Royal Dutch' prefix will be dropped.

Speaking in a video, Andrew Mackenzie, Chairman of the Board of Royal Dutch Shell, said: "The simplification will make Shell more competitive, allow for an acceleration of shareholder distributions, and speed up Shell's transition to a net zero emissions energy business."

Shell’s Board "unanimously recommends" shareholders vote in favour of the proposed resolution.  Shareholders will retain the same legal, ownership, voting and capital distribution rights, and shares will continue to be listed in London, Amsterdam and New York.

Following the start of a $2 billion buyback programme in July, Shell announced in September that it will return an additional $7 billion to shareholders following completion of the sale of its Permian assets in the United States.

Mackenzie added that at a time of unprecedented change for the industry, it’s even more important that it has an increased ability to accelerate the transition to a lower-carbon global energy system. "A simpler structure will enable Shell to speed up the delivery of its Powering Progress strategy, while creating value for our shareholders, customers and wider society," he said. "The benefits of simplification will outweigh any potential costs associated with it."

Business and Energy Secretary Kwasi Kwarteng welcomed the news that Shell is proposing to relocate its Group HQ to the UK. "A clear vote of confidence in the British economy as we work to strengthen competitiveness, attract investment and create jobs," he wrote on Twitter.

However one respondent said the decision was "more about having to pay dividend tax to the Dutch government under proposed changes in tax system".

Memos released by the Dutch government in 2018 revealed the tax was a "decisive" factor for Unilever when it made a similar decision to locate its sole headquarters in London that year, reports Reuters.

A general meeting has been called for December 10 Dutch time (9am UK), where the resolution to amend the Articles of Association requires approval from 75% of votes cast.