The impact of Russia supply cuts and weaponisation of energy 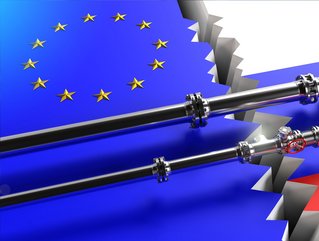 The Russia-Ukraine war is being fought on multiple fronts and the 'weaponisation of energy' is one of the most critical economic elements surrounding the conflict.

Russia state oil giant Gazprom's decision to suspend gas supplies to Bulgargaz and PGNiG in Poland - citing a failure to pay in roubles - is the first time that Russia has cut off gas to European customers since the invasion of Ukraine began. Ursula von der Leyen, president of the EU Commission, said the move is an attempt to "blackmail" Europe with gas.

Currently there is insufficient support among EU member states for a complete embargo or punitive tariff on Russian oil and gas imports, the EU's top diplomat Josep Borrell was quoted as saying by German newspaper Die Welt on Monday. "At the moment, we in the EU do not have a unified position on this question," Borrell told the newspaper.

Gazprom's move is likely to concentrate European ministers' minds though. While it supplies roughly half of Poland's gas consumption, the eastern European country said its gas storage reserves are around 76% full; but it's taking nothing to chance, and busy rallying support from neighbours.

The Minister of Climate and Environment, Anna Moskwa and the Vice-Chancellor, Minister of Economy and Climate Protection of the Federal Republic of Germany, Robert Habeck discussed existing cooperation whose ultimate objective is to urgently abandon the import of Russian oil. They also discussed the possibility of cooperation so as to ensure adequate supplies of oil products in the event of an EU embargo on Russian oil and oil products.

Moskwa also said that Poland will propose a kind of “Russian ETS”, which could include the “de-Russification” goals, similar to the EU decarbonisation goals.

"This system, just like the ETS, would consist in selling allowances to those countries that will become de-Russified more slowly, in order to motivate them to abandon the import of Russian raw materials more quickly," she said.

Gazprom's move also raises the risk of gas shortages in Poland and Bulgaria, especially the latter which is relatively less well prepared, according to Capital Economics.

Georgios Petrochilos QC, one of the founding partners in the Paris office at global arbitration law firm Three Crowns LLP, said: “Gazprom is in a bind of Russia’s own making. Cutting off vital long-term energy supplies on the strength of a decree that does not and cannot bind foreign buyers is fraught with legal difficulty. It will not fail to generate claims and disputes.”

"Europe wants to restart its storage to 80% by November 1, it relies on Russian gas supplies to achieve that because there isn't enough alternative sources, particularly LNG, from overseas to make up the difference. So if there is a further interruption to these gas flows, the prices will go up, and that's a real concern for European economies, and particularly economies like Germany. LNG prices will go up as a result of this."

In its report, Ukraine War | The Weaponization of Energy, Enverus Intelligence Research analysts discuss the near- and longer-term impacts of this crisis and identifies key themes that those invested in the energy space and in the OECD countries should know.

If Russian oil is formally sanctioned, its central scenario sees crude exports to OECD countries fall by ~3 MMbbl/d and products decline by 1.5 MMbbl/d. If China and others make up ~1.5 MMbbl/d of that amount, this would leave a net export/supply loss of ~3 MMbbl/d, which it thinks would drive Brent above $160 before a violent demand response sets in later this year, according to Bill Farren-Price, lead report author and director of Enverus Intelligence Research.

Al Salazar, co-author of the report and senior vice president of Enverus Intelligence Research, added inflation will bump even higher as Russian energy, base and rare metals, and agricultural commodities go absent from global markets.

"Prices for oil, natural gas, food and metals are testing historic highs," he said. "Despite pockets of pent-up demand strength due to the global easing of COVID-19 restrictions, high commodity prices will soon start to erode demand strength."

Todd Royal Consulting referred to the 'weaponisation of energy' back in 2018, noting how Russia was increasingly wielding oil "as a geopolitical tool", spreading its influence around the world and challenging the interests of the United States.

"What Putin likewise understands is the unintended consequences of getting off fossil fuels wouldn’t actually reduce emissions since additional coal, oil and natural gas power plants are needed as backup for renewable energy," it reports.

"To think Russia, China, Iran and the US won’t jockey for political, economic, and energy hegemony in Africa, Asia and Southeast Asia is to deny reality. Therefore, energy weaponisation and access to reliable, scalable, affordable and flexible energy is forefront at world issues that will have to be addressed.

"Weaponising energy is a vast, complex geopolitical issue with national security and foreign policy implications that affects literally every person on the planet."