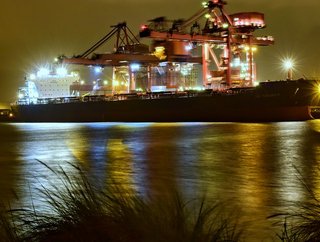 EDF has sold its 65.01% stake in the liquefied natural gas (LNG) terminal in Dunkirk, France, to two separate consortiums...

EDF has sold its 65.01% stake in the liquefied natural gas (LNG) terminal in Dunkirk, France, to two separate consortiums.

The Belgian infrastructure firm, Fluxys, was a member of one of the consortiums, along with AXA Investment Managers – Real Estate, which was reflecting its client Crédit Agricole Assurances.

This consortium acquired 31% of the French utility giant’s stake in the Dunkirk LNG terminal. Fluxys already had a 25% stake in French gas terminal.

“We will remain engaged as a client with the terminal to support the development of the Group’s activities in the European gas market.”

“Having Fluxys as core shareholder is a key asset for the Dunkirk LNG terminal,” noted Pascal De Buck, Fluxys’ Managing Director an CEO.

“We have extensive first-hand experience with the facility as we have been partner from the very onset and we are committed to move its business forward while ensuring a top-notch operational record with clients and high safety and environmental standards.”

“The Dunkirk LNG terminal will also benefit from the LNG expertise within the Fluxys group and especially at the Zeebrugge LNG terminal.”

“Besides our strong industrial expertise, we bring with our partners AXA Investment Managers - Real Assets and Crédit Agricole Assurances a long-term investment outlook and financial strength.”