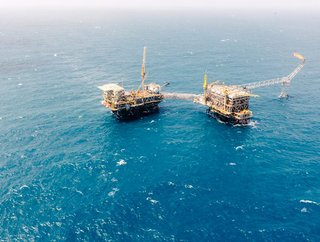 One of the UK’s largest new oil and gas fields, known as Kraken, has delivered first oil, it has been confirmed. The oil and gas producti...

One of the UK’s largest new oil and gas fields, known as Kraken, has delivered first oil, it has been confirmed.

The oil and gas production and development company Enquest has drilled 13 wells at the site, comprising seven producers and six injectors, and confirmed that two out of three of its drilling centres have produced oil.

EnQuest CEO, Amjad Bseisu said: “EnQuest is delighted to confirm that first oil has been achieved on the Kraken development. Drill centres 1 and 2 are fully complete and work continues on drill centre 3; as a result, further production capacity will come online into 2018 as these further wells are put onstream.”

A further update and additional analysis will be provided with EnQuest’s 2017 half year results.

In a May EnQuest said it was aiming to produce between 45,000 and 51,000 barrels per day (boepd), reflecting the expected contribution from Kraken in the second half of the year.

The £4bn Kraken development off Shetland was approved by the Department of Energy and Climate Change in 2013 and is estimated to hold up to 140 million barrels of oil.

UK Business and Energy Secretary Greg Clark said: “This is a landmark project for EnQuest and the UK oil and gas sector as one of the largest new oil fields to come on-stream in the North Sea in a decade.

“This has been made possible through significant UK government support to encourage investments of this type in the North Sea, supporting thousands of highly-skilled jobs.”

UK Oil & Gas Authority Chief Executive, Dr Andy Samuel said: “As one of the most significant oil field projects in the UK Continental Shelf, successful production from Kraken is positive news for the whole basin.

“It has the potential to open up additional heavy oil opportunities in the Northern North Sea, with other developments in the pipeline. It’s particularly pleasing to see a project delivered under budget, having clearly benefitted from a strong partnership between operator and key service providers.”