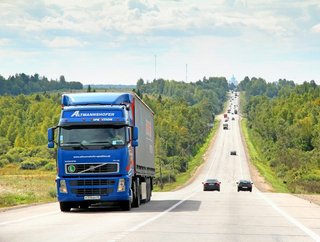 The Director of Environment and Innovation at Volvo Trucks, Lars Martensson, announced the firm’s plan to investigate using LNG as a fuel f...

The Director of Environment and Innovation at Volvo Trucks, Lars Martensson, announced the firm’s plan to investigate using LNG as a fuel for trucks.

Martensson made the announcement about alternative power for long-range trucks on 31 January in Vienna, during a gas conference.

The company are especially confident about bringing LNG to Sweden’s truck market.

“We have made an estimate for the Swedish market ... - it’s a good indication of the potential that we see - for Sweden we have stated that ... within the next (two to three) years we believe that about 10 percent of our sales will be LNG trucks,” Lars Martensson informed Reuters.

“When I say 10 percent for the Swedish market, then we say for Sweden we speak about several hundred trucks ... If we would take that as an indication of Europe, then we speak of many thousand trucks in Europe using LNG,”

“In some countries where LNG trucks exist already today and where there’s a good infrastructure like in Spain, (Britain), the Netherlands, of course there the potential is higher than other countries ... like Germany where we’re starting from another level, so there we have bigger challenges in order to reach 10 percent.”

“We have customers who are interested in replacing all their existing diesel vehicles with LNG and those customers in some cases are operating several hundred trucks. So it’s definitely big volumes we’re speaking about.”

“The price is set country by country ... It will be more expensive but with 30-40 percent lower cost for energy compared with diesel the pay-back will be good for customers and by pay-back we speak about maybe two to three years.”