What should the UK energy supply strategy prioritise? 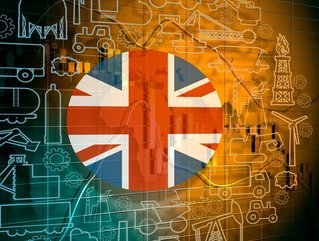 As the UK Government prepares to release a new energy supply strategy, we run the rule over the fossil fuel and renewable options

Four months ago, the UK's energy policy was as clear as an open road.

After hosting COP26 in Glasgow, the decarbonisation commitments stacked up alongside pledges to grow renewables and cut fossil fuels.

This is why the UK's new energy supply strategy, set to be released this week, will make fascinating reading. Remember whatever is agreed must not only provide energy security in the short to medium term, but dovetail with the over-riding need to hit net zero by 2050.

In many respects, the government can't win, with so many competing cases for oil, gas, coal and renewables. Is it safe to expect a broad suite of measures? Timings will be as crucial as volumes and capacities.

The UK is working closely with the US, the EU and other partners to end its dependence on Russian hydrocarbons in response to Russian aggression in Ukraine. The import of Russian oil makes up 44% of Russian exports and 17% of federal government revenue through taxation.

One solution to the energy supply strategy lies close to home. Business Secretary Kwasi Kwarteng says the UK needs more investment in North Sea oil and gas production during the transition to cheaper and cleaner power. But could that be reconciled with the COP positioning, and similarly for any coal mine expansion or recommissioning?

Then there is the political and economic impact on consumers already reeling from higher bills.

Steve Crolius, president of Carbon Neutral Consulting and a former climate advisor at the Clinton Foundation, said steps by the countries of the world to reduce or eliminate their purchase of Russian oil and gas will cause economic hardship for many consumers.

“But doing so will add strong, immediate motivation to accelerate the transition to sustainable energy systems," he says. "The faster we can move in this direction, the better for the climate and the worse for autocratic regimes that are propped up by the export of fossil energy commodities.”

The UK has the most liquid and one of the largest gas markets in Europe, according to its government, with Britain’s gas supply infrastructure able to deliver more than twice the daily required amount of gas, (700mcm/day) when compared to average daily demand in the winter of 2012/3 (at 290mcm/day).

"We are secure now, and the GB gas system is well placed to continue to be secure and robust in a range of supply and demand outcomes over the next two decades," the government stated in a paper in 2017.

Outwardly there appears to be no shortage of momentum in UK renewables - last month Vattenfall’s 1.8GW Norfolk Vanguard offshore wind farm project was granted consent - though in the current crisis, it's debatable whether it should have moved faster and earlier.

In the last three months of 2021, wind and solar power were "so cheap" that they actually paid back nearly £160mn to consumers, according to RenewableUK. Unlike volatile gas, they generate at an agreed price (called a strike price), and when the wholesale price goes higher than the strike price, generators pay back the difference to the body which the Government has set up to run Contracts for Difference (CfDs), the Low Carbon Contracts Company.

Officially the UK government is planning up to 16GW of new nuclear reactors from 2023 onwards. But whether through cost concerns or risks associated with operating ageing plants, or both, it's unclear what the future holds.

Hitachi pulled out of funding the £16bn nuclear development on Anglesey and while investment vehicle Horizon Nuclear Power remained in business as the planning process for Wylfa continued and they tried to secure new investors, the curtain came down.

Now speculation is rising that Sizewell B may get a 20-year extension. Perhaps one solution lies in more agile and modular concepts such as Rolls-Royce's plans for 16 mini-reactor sites but they may take a decade to come to fruition.

As with most discussions on energy and net zero, that's 10 years we don't have.