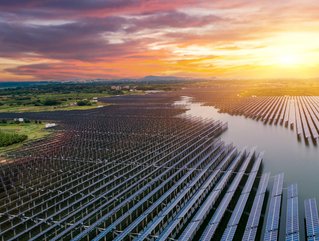 JinkoSolar, one of the world’s largest solar module manufacturers, has said that 51.3% of its global facilities are powered with clean energy and that it is working towards achieving 60% by the end of 2023.

In a statement, JinkoSolar said that it had moved quickly on green initiatives and passed the 50% renewable powered mark in this year, with 12 manufacturing facilities in four countries – including China, Malaysia, Vietnam, and the US, all running on a mix of hydro, solar, and wind energy that it has developed or purchased.

"After years of hard work, we're proud to have reached this significant milestone," said Dany Qian, VP of JinkoSolar. "It proves the business case that well-managed companies can reduce the greenhouse gases that are causing the climate crisis while simultaneously reducing their energy costs.

“Now that renewable energies are more mainstream, and the cost of the energy is far lower, ecological responsibility can be good business" she added.

The achievement is the culmination of three years of effort that have involved financing, building, or locating new renewable energy sources, such as solar, wind, and hydro generation, near the company's factories, Qian explained.

JinkoSolar's onsite rooftop solar installations at its factories in various areas offset the energy that they are using and directly contribute to the progress. Equipped with energy storage systems, power from the solar array on JinkoSolar's factory rooftop can be stored in on-site batteries to help reduce costs from peak power consumption periods.

In addition to its own operations green powered, JinkoSolar has also convinced its suppliers and partners in its supply chain to sign a pledge to get to 100% renewable energy for the portion of their business relating to JinkoSolar's products, the company added.

Over the past few years, the company has grown and increased production at an average rate of 40-50% each year, the highest almost double the capacity of 2022 compared to 2021.

The company has made a great effort to be on track towards the RE100 goal. For example, it has located and signed power purchase agreements (PPAs) with renewable energy providers. It added that three facilities in Chuxiong, Leshan, and Penang, already run on 100% green power entirely, and the rest are on the way towards that goal.

Looking towards the future, the major challenge for those factories not located near suitable green energy sources, will be to find enough renewable energy sources close enough to serve the power needs of operations and match the high speed of power-hungry capacity expansion, the company added.