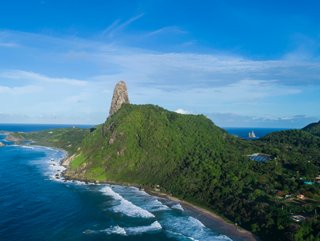 The project will be built at the Xaréu dam on the island of Fernando de Noronha, in the north-east of the country

The Iberdrola group plans to install in Brazil, through its subsidiary Neoenergia, the company's first floating photovoltaic plant in the world. The project will be built on the water surface of the Xaréu dam on the island of Fernando de Noronha, recognised by UNESCO as a World Natural Heritage Site, where Iberdrola is developing various sustainable energy solutions.

This initiative is carried out together with Companhia Pernambucana de Saneamento (Compesa), which operates the water and sewage distribution network throughout the island, and with the support of the Energy Efficiency Programme regulated by the Brazilian National Electric Energy Agency (Aneel).

With an output of 630 kilowatts (kW), the floating plant will generate around 1,240 megawatt hours (MWh) of green energy per year, enough to cover, with zero-kilometre electricity supply, more than 50% of Compesa's energy consumption on the island. The installation will have around 940 panels that will prevent the emission into the atmosphere of more than 1,660 tonnes of CO2 per year. The construction of this project, which is expected to begin before the end of the year, will involve an investment of 2 million euros.

The development of its first floating solar power plant will allow the Iberdrola group to test this new technology and analyse its possible expansion.

Energy innovations for a society

This plant joins other sustainable projects developed by the company to provide renewable solutions and promote the preservation of the ecosystem of the island, the only inhabited island of the volcanic archipelago located in the northeast of Brazil, in the waters of the Atlantic Ocean.

Among these initiatives is the recently inaugurated Vacaria solar plant. This is the first of two solar farms, each with a capacity of 50 kW, designed to supply electric vehicles exclusively. In the event of a surplus, the surplus energy will be fed into the distribution grid.

The construction of these facilities is part of the 'Senda Verde' project developed by the Iberdrola group within the Aneel R&D Programme, in which it has partners such as Renault and the Centre for Telecommunications Research and Development (CPqD), among others. Thanks to this initiative, the island already has ten electric vehicles for tourist and district administration uses. In addition, 12 new charging points are planned to be installed at strategic locations.

The company also intends to promote the use of electric bicycles among tourists and residents of Fernando de Noronha, which covers an area of approximately 17 square kilometres. To this end, it has begun installing 24 charging points at four stations. The energy consumed by this equipment - which will be donated to the Pernambuco State Government - will be generated by solar panels installed on the roof of the structures, allowing them to be used free of charge.

The group has also promoted the development of small renewable sources to displace the use of diesel generators, which are responsible for 80% of the energy consumed on the island. To this end, the company has implemented nine self-consumption photovoltaic systems in homes, businesses, public bodies and non-governmental organisations.

In addition, it has the Noronha I and II solar plants which, with a generation of 100 MWh per month, cover around 10% of the island's energy needs. These parks have a storage system with two lithium-ion batteries that allows for the storage of unconsumed solar energy for use during peak demand.

The territory of Fernando de Noronha was also the first in the northeast of Brazil to have smart grids, and for the past year it has had a completely renovated fleet of meters. The new equipment allows remote access, better service in the event of incidents and the possibility of connecting green self-consumption equipment.

In addition to these measures, other initiatives include the replacement of old refrigerators with more efficient models and the donation of energy-saving light bulbs to residents of the archipelago.

This set of sustainable mobility actions, technological innovation and expansion of clean energy sources are a demonstration of the viability of a clean and reliable business model that contributes to decarbonisation and energy self-sufficiency in an isolated ecosystem such as Noronha.