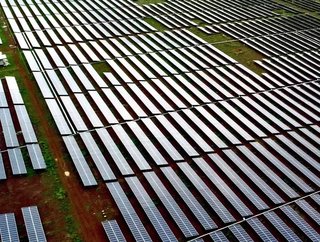 The transaction marks the largest acquisition in the renewable energy sector in India, according to a statement, valuing SB Energy India at around US$3.5 billion. SB Energy India has a total renewable portfolio of 4,954MW spread across four states in India.

The portfolio comprises 1,400MW operational solar power capacity and a further 3,554MW under construction. All projects have 25 year PPAs with sovereign rated counterparties such as Solar Energy Corporation of India (SECI), NTPC and NHPC.

The operating assets forming part of the portfolio are primarily solar park based projects and have been built following best in class governance, project development, construction, and operations and maintenance practices, resulting in this being one of the highest quality renewable portfolios in the country.

"India, without any doubt, has been one of the few nations that has accelerated its global commitment towards climate change and we intend to do our part to execute on the promises made," he said. "The renewable energy platform that we are building will lay the foundation for attracting several other global industries that are increasingly looking to reduce their carbon footprint, as well as lay the foundation for opening up adjacent platforms that include Hydrogen and Storage."

Masayoshi Son, Representative Director, Corporate Officer, Chairman & CEO of SoftBank Group Corp., said it established SB Energy India in 2015 with the goal of creating a market-leading clean energy company to help fuel India's growth with clean and renewable sources of energy. "As SBG continues our transition to a global investment holding company focused on accelerating the deployment of artificial intelligence, we believe now is the right time to bring in the Adani Group to help drive the next phase of SB Energy India's growth."

India is in a "unique position" to pioneer a new model for low-carbon, inclusive growth, according to the IEA.

Solar power is set for explosive growth in India, matching coal’s share in the Indian power generation mix within two decades in the stated policies scenario (or even sooner in the Sustainable Development Scenario).

As things stand, solar accounts for less than 4% of India’s electricity generation, and coal close to 70%. By 2040, they converge in the low 30%s in the STEPS, and this switch is even more rapid in other scenarios.

"This dramatic turnaround is driven by India’s policy ambitions, notably the target to reach 450GW of renewable capacity by 2030, and the extraordinary cost-competitiveness of solar, which out-competes existing coal-fired power by 2030 even when paired with battery storage," it states.