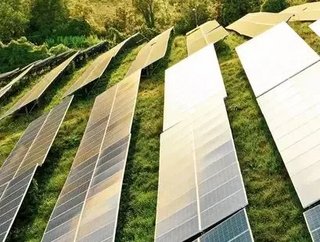 Based in Greenwich, Connecticut, Altus Power is a solar power company that provides clean electricity to commercial, industrial and municipal clients across the US. Since it’s founding in 2009, Altus has developed or acquired more than 150 distributed generation solar facilities totalling in excess of 200 megawatts from Vermont to Hawaii.

"Altus Power was a great partner in this transaction and demonstrated a strong understanding of the complexities of renewable energy financing along with knowledge in solar operations. Beltline has developed multiple portfolios with numerous groups over the years, and Altus Power stands out in its expertise, along with its adherence to being a reasonable and reliable counterparty.

“Beltline continues as a leader in developing solar portfolios in the Southeast and we look forward to more transactions with Altus Power," says Stephen Elkind, Managing Partner of Beltline Energy.

Earlier this year, the company teamed up with Blackstone, through its GSO Capital Partners and Blackstone Insurance Solutions groups, to lead a recapitalisation with £657 million of funded and committed capital to refinance the existing capital structure and fund future development.

The recapitalisation consists of preferred and minority equity and investment grade-rated debt financing provided by GSO and a BIS-led consortium, respectively, and a construction-to-term loan facility from a syndicate of commercial banks, providing Altus Power with sufficient capital to grow its portfolio to over £774 million worth of commercial and industrial solar assets.

The company says that it is experiencing significant growth in demand from its private and public clients for locally sited solar arrays – in many instances, in combination with battery storage – that are capable of producing energy savings for off-takers creating rent payments for real estate owners, and helping its clients meet corporate sustainability goals.