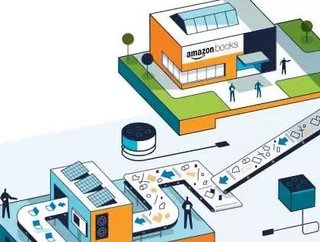 E-commerce giant on track to be fully renewable by 2025...

The new projects are located in France, Germany, Italy, South Africa, Sweden, UK, US and Australia.

The e-commerce giant added it is on track to power its infrastructure with 100 percent renewable energy by 2025, five years ahead of its initial target.

Amazon has now invested in 6.5GW of wind and solar projects that will enable the company to supply its operations with more than 18 million megawatt hours (MWh) of renewable energy annually, enough to power 1.7 million US homes for one year.

“Amazon is helping fight climate change by moving quickly to power our businesses with renewable energy,” said Jeff Bezos, Amazon founder and CEO. “With a total of 127 solar and wind projects, Amazon is now the biggest corporate buyer of renewable energy ever."

In the US, Amazon has now enabled wind and solar projects in California, Delaware, Illinois, Indiana, Kansas, Kentucky, Nebraska, North Carolina, Ohio, Texas, and Virginia. Amazon has a total of 127 renewable energy projects globally, including 59 utility-scale wind and solar renewable energy projects and 68 solar rooftops on fulfillment centers and sort centers around the globe.

Last year, Amazon and Global Optimism co-founded The Climate Pledge, a commitment to reach the Paris Agreement 10 years early and be net-zero carbon by 2040. The pledge has 31 signatories, including Unilever, Verizon, Siemens, Microsoft and Best Buy.

Meanwhile bp will supply Amazon with an additional 404MW of wind power in Europe, starting in 2022 - 275MW sourced from a new wind project in Sweden and 129MW from two new wind projects in Scotland. This is in addition to the companies’ December 2019 agreement for bp to supply AWS in Europe with around 170MW of renewable power (click here).

bp’s increasing digital transformation includes data migrations and application modernization to cloud-native technologies, as well as collaboration on several AI and ML use cases, for example: