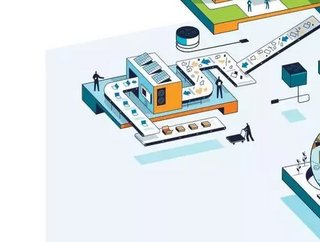 Broken down, it has 136 solar rooftops on facilities and stores and 71 utility-scale wind and solar projects, nine of which were announced today covering the US, Canada, Spain, Sweden and UK. They include:

An 80 MW solar project in the County of Newell in Alberta. Once complete, it will produce over 195,000MWh of renewable energy to the grid.

Amazon’s newest project in the UK is a 350MW wind farm off the coast of Scotland and is Amazon’s largest in the country. It is also the largest corporate renewable energy deal announced by any company in the UK to date.

Amazon’s first renewable energy project in Oklahoma is a 118 MW wind project located in Murray County. Amazon is also building new solar projects in Ohio’s Allen, Auglaize, and Licking counties. Together, these Ohio projects will account for more than 400MW of new energy procurement in the state.

and Sweden In Spain, Amazon’s newest solar projects are located in Extremadura and Andalucia, and together add more than 170 MW to the grid. Amazon’s newest project in Sweden is a 258 MW onshore wind project located in Northern Sweden.

It now has more than 2.5 GW of renewable energy capacity, enough to power more than two million European homes a year, and aims to power all its activities with renewables by 2025 and net zero by 2040.

Amazon and Global Optimism co-founded The Climate Pledge in 2019, a commit ment to reach the Paris Agreement 10 years early and be net-zero carbon by 2040. The pledge now has 53 signatories, including IBM, Unilever, Verizon, Siemens, Microsoft, and Best Buy.

A map of all of Amazon’s renewable energy projects around the world can be found here.