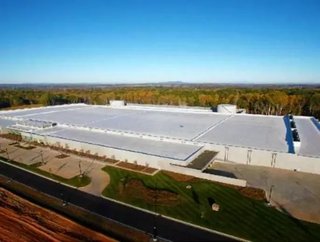 According to Apple&#39;s 2012 environmental update, its new data center in Maiden, N.C., is one of the most energy efficient facilities of its kind--t...

According to Apple's 2012 environmental update, its new data center in Maiden, N.C., is one of the most energy efficient facilities of its kind--the largest end user-owned solar array in the U.S.

Displaying a plethora of other eco-conscious features, the Maiden data center will include high-efficiency LED lighting, power distribution at higher voltages to increase efficiency, chilled water storage and air cooling system and a white roof to provide maximum solar reflectivity.

In addition to being LEED Platinum certified, Apple is tackling other environmental issues in relation to its employees. The company has implemented commuter transit programs and is working on initiatives to reduce solid waste and water usage among its employees.