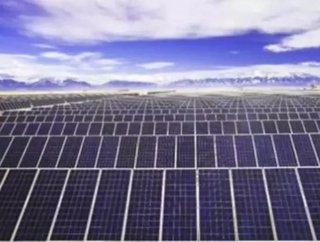 TO ENHANCE YOUR READING EXPERIENCE,CLICK HERETO VIEW THIS ARTICLE IN OUR INTERACTIVE READER! Photovoltaic Panels These are what come to mind when most...

Photovoltaic Panels These are what come to mind when most people think of “solar power”—rows of flat solar panels mounted on top of a building or strewn along the side of a highway. Photovoltaic solar panels work thanks to a principal known as the photoelectric effect, in which certain materials exhibit a property of absorbing light photons and releasing electrons. By capturing these electrons an electrical current can be created.

Photovoltaic technology has come a long way since its discovery in 1839 by French physicist, Alexander Edmond Becquerel. It was over 100 years later, in 1941, that the first practical silicon monocrystalline PV solar cell was developed, and since then advancements in materials and production have led to thinner and more durable designs with widespread commercial use.

But photovoltaic solar panels aren’t the only type of solar power plant out there, and more exotic power plants are using the power of the sun in some very different ways.

Parabolic Troughs Imagine rows of reflective troughs—like curved mirrors—reflecting the sun’s light and concentrating it on thin tubes of liquid (usually oil) that run the length of the troughs. The liquid is heated by the concentration of the sun’s rays to 400° C and carried via tube to a power station where it boils water to create steam and run power-generating turbines. The troughs are mounted on mechanized tracking units that follow the sun’s movement to increase efficiency.

This is the concept behind the parabolic trough solar power plant, and in just the last few years several of these power plants have popped up all over the world, capable of producing hundreds of megawatts of electricity. The added advantage of storing the sun’s rays as heat allows these power plants to continue to operate into the night and during intermittent cloud cover by regulating the heat transfer fluid. Companies leading the way with solar troughs include Spain’s Abengoa and Acciona.

Solar Dish Solar dishes—like giant mirrored satellite dishes—operate in a similar fashion to parabolic troughs, but focus light onto a central point mounted above the dish. Some systems use the concentrated solar heat to create steam; however, a more efficient system has been created by Stirling Energy Systems Inc. and has already been employed in the Maricopa solar plant in the sunny deserts of Arizona in the United States.

The Stirling “SunCatcher” is a solar dish that tracks the sun and focuses light on a central power converter unit. The unit is filled with hydrogen gas, and when heated by the concentrated sunrays, the gas pressurizes to turn cylinders in a power-generating engine. It operates much like a combustion engine minus the combustion, making it relatively quiet, and it is hailed as one of the most efficient and cost-effective solar systems on the market.

Fresnel Reflector This design functions in much the same way as parabolic troughs, but instead of using expensive curved mirrors, Fresnel reflector solar power plants use several rows of flat mirrors all angled to focus on the absorption tube. This can be a cost-effective alternative to parabolic troughs, since flat mirrors are much cheaper to produce than curved ones. Companies streamlining production of Fresnal reflector systems include Elianto, AREVA and Novatec Biosol.

Solar Power Tower Now imagine something like a giant solar dish—with thousands of mirrors (called ‘heliostats’) positioned on the ground to reflect sunlight upward to the top of a giant central tower. The top of this tower houses a bulbous metal chamber of molten salt (or water in some models) that absorbs and stores the concentrated heat from the reflected sunrays in order to boil water and use steam to run power-generating turbines. Companies like SolarReserve, eSolar, Abengoa, BrightSource Energy, and SENER have been pioneering the solar power tower market, with several plants operating in the Spain and one in the U.S.

Solar Chimney This design heats the air in a giant enclosed canopy that surrounds a gargantuan central tower. The tower acts as an escape chimney for the hot air created in the canopy. Since heat rises, the hot air will push its way out of the canopy and up through the tube-like central tower. Turbines are placed within the tower to harness the energy of the updraft and generate electricity. While these towers and their canopies need to be built on a massive scale—think larger than most New York City skyscrapers—it is important that they serve a dual purpose, and since the canopy that heats the air acts as a gigantic greenhouse, hundreds of acres of cash crops can be planted within, increasing the power plant’s overall utility. Australian company EnviroMission Limited is on track to develop the first large-scale solar tower project in the deserts of Arizona in the United States.