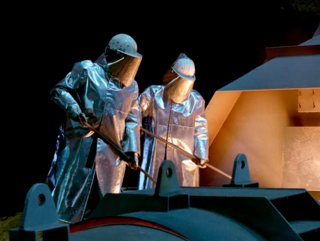 bp and thyssenkrupp Steel have signed an MoU focused on the development of long-term supply of low carbon hydrogen and renewable power in steel production.

The companies will explore supply options for both blue and green hydrogen, as well as power from wind and solar generation through the use of power purchase agreements.

thyssenkrupp Steel accounts for 2.5% of CO2 emissions in Germany, mainly at the Duisburg site where the main emitters, the blast furnaces, are operated.

By replacing the coal-fired blast furnaces with direct reduction plants where iron ore is reduced with low-carbon hydrogen, thyssenkrupp Steel intends to make steel production climate-neutral in the long term.

"We provide fuel and feedstock for steel production while our platforms, pipelines, and turbine towers are made from steel," he said.

“thyssenkrupp Steel has the ambition to make its steel production climate-neutral by 2045 and low carbon power and hydrogen will play a critical role in achieving that."

As part of its strategy to provide a range of decarbonisation solutions to corporates, bp is already investing in and working to develop a portfolio of industrial-scale hydrogen projects in Germany, the Netherlands, Spain, the UK and Australia.

"With our aligned ambitions and complementary investments, thyssenkrupp Steel and bp can together help this hard-to-abate sector decarbonise faster,” he added.

Dr. Arnd Köfler, Chief Technology Officer at thyssenkrupp Steel, said the decarbonisation of the steel industry will require enormous quantities of low-carbon and in the long term green hydrogen.

"This will increasingly require the use of electricity from renewable sources," he said.

"All this can only be achieved through a well-developed hydrogen infrastructure with a supra-regional pipeline network. The MoU is an important milestone for us to set the course with bp for a reliable supply of energy in the future."

Steel accounts for 8-11% of global CO2 emissions. It is essential for the automotive and construction industries and for the manufacturing of industrial machinery. It also forms the foundation for a string of decarbonisation technologies, including wind turbines, generators and smart power grids.

thyssenkrupp Steel currently produces 11mn tonnes of crude steel per year and is targeting the production of 400,000 tonnes of CO2-reduced steel by 2025.

bp is working to pursue green hydrogen ‎production at its refineries in Lingen in Germany, Rotterdam in the Netherlands, and Castellon in Spain. ‎

It is developing both blue and green hydrogen production projects around the world, including in the UK and Australia.

Hydrogen-based steel depends on green hydrogen on an industrial scale

Studies estimate that the global steel industry may find approximately 14% of steel companies’ potential value is at risk if they are unable to decrease their environmental impact.

"Consequently, decarbonisation should be a top priority for remaining economically competitive and retaining the industry’s license to operate," states a McKinsey report.

Today, hydrogen-based steel production using an EAF is technically feasible and already considered to be part of a potential long-term solution for decarbonising the steel industry on a large scale.

"The question is not whether but when and to what extent this transformation will happen," the report states.

"The future shift to hydrogen-based steel relies heavily on the broad availability of green hydrogen on an industrial scale."

The key cost drivers for the pure hydrogen-based production process, ie maximum use of green hydrogen-based Direct Reduced Iron (DRI), are similar to those of the EAF process, and include raw materials and electricity as well as processing and labour costs.

"The biggest cost differences and uncertainties are the generation of hydrogen mainly determined by the electricity costs for water electrolysis and running the EAF and caster on renewable energy," the report adds.

Capex requirements for the setup of pure hydrogen-based steel production (DRI plus EAF) in combination with the required hydrogen transport and storage will be "significant".

Surging carbon dioxide prices and decreasing hydrogen prices are crucial to ensuring the economic viability (according to cash cost) of pure hydrogen-based steel production. For this, renewable electricity prices need to fall below a threshold of approximately €0.027/per kilowatt-hour to ensure cost-effective production of green hydrogen, the report states.

"Future availability of cheap energy from renewables and regulation will be the two key drivers for the adoption of hydrogen-based steel," it concludes.