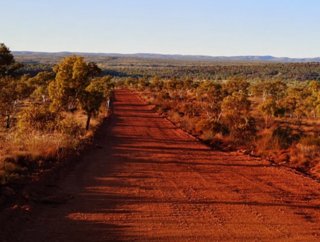 The multi-billion dollar investment at Pilbara, western Australia, will produce around 1.6mn tonnes of green hydrogen at full capacity

bp has bought a 40.5% equity stake in the Asian Renewable Energy Hub (AREH), which has the potential to be one of the largest renewables and green hydrogen hubs in the world.

The oil major – which will also operate AREH in the Pilbara region of Western Australia – intends to supply renewable power to local customers in the largest mining region globally, and also produce green hydrogen and green ammonia for the domestic Australian market and export to major international users. The investment is worth around $36bn, according to reports.

AREH, first proposed in 2014, has plans to develop onshore wind and solar power generation in multiple phases to a total generating capacity of up to 26GW – the equivalent of producing over 90Twh per year, which is around a third of all electricity generated in Australia in 2020.

Anja-Isabel Dotzenrath, bp’s executive vice president of gas and low carbon energy said AREH is set to be one of the largest renewable and green hydrogen energy hubs and can make a significant contribution to Australia and the wider Asia Pacific region’s energy transition.

"It truly reflects what integrated energy is – combining solar and onshore wind power with hydrogen production and using it to help transform sectors and regions," she said.

"It will also serve as a long-term clean energy security contributor in Asia Pacific, helping countries such as South Korea and Japan to decarbonise."

Pilbara to produce around 1.6mn tonnes of green hydrogen

At full capacity, AREH is expected to be capable of producing around 1.6mn tonnes of green hydrogen or 9mn tonnes of green ammonia a year. Situated on a 6,500sq km site, it already has access to abundant solar and wind resources with consistent output.

Pilbara is expected to abate around 17mn tonnes of carbon in domestic and export markets annually, which would equate to roughly 0.5Gt of carbon savings over the project's lifetime.

"bp brings a broad range of capabilities to help bring the project to fruition, with extensive experience in constructing and operating facilities of this scale in remote locations in close collaboration with local communities and leveraging our global shipping and trading businesses. We also have the benefit of deep experience in working with customers looking for decarbonization solutions and delivering low-carbon energy to the global market.”

This week bp sold its 50% non-operated interest in the Sunrise oil sands project in an agreement reached with Calgary-based Cenovus Energy.

Total consideration for the transaction includes C$600mn cash, a contingent payment with a maximum aggregate value of C$600mn expiring after two years, and Cenovus’s 35% position in the undeveloped Bay du Nord project offshore Newfoundland and Labrador.

Under the trial, bp is supplying Rio Tinto with marine biofuel for approximately 12 months. The fuel will be trialled on Rio Tinto’s RTM Tasman vessel on a mix of Transatlantic and Atlantic-Pacific routes, in one of the longest marine biofuel trials to date (click here).