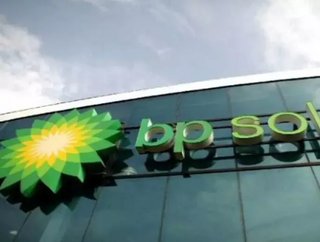 If "BP" is short for Beyond Petroleum, it will have to change its name to just &quot;P&quot; now after it officially shut down its solar bus...

If "BP" is short for Beyond Petroleum, it will have to change its name to just "P" now after it officially shut down its solar business last month, a key division in its quest to develop cleaner sources of energy. After 40 years, the final decision to shut the door on solar mostly comes from the impossible competition faced from China.

With the growth of Chinese manufacturing, a global surplus of panels and the subsequent collapse in prices, many solar companies have similarly been forced out of business over the last year.

"The continuing global economic challenges have significantly impacted the solar industry, making it difficult to sustain long term returns for the company, despite our best efforts," BP said in an internal letter to staff.

“Over the last six months we have realized that we simply can't make any money from solar,” a spokesman added.

Around 100 staff will be affected internationally and BP's remaining solar interests will be sold, but at least the proceeds will go towards BP's efforts to help recover some of the costs from last year's devastating explosion and oil spill in the Gulf of Mexico.

Furthermore, BP says its move away from solar won't necessarily mean a move away from its broader interests in renewable energy. In 2005, the company said it planned on investing $8 billion in alternative energy by 2015. Thus far, $7 billion has been invested in its U.S. wind power portfolio and biofuels business.

So can you blame BP?

Just as important is BP's failure to capitalize on innovative technologies that would have allowed the company to profit in the solar market. Nathan Stoddard, one BP's own researchers, invented a new way to make silicon wafers for solar cells that significantly cut the cost of high efficiency silicon solar panels. The technology was originally developed in 2006, but never fully commercialized.

Instead, the company spent the next three years in a testing phase, showing it off at trade shows, and shut down its manufacturing operations in 2010. The rights were then sold to the Dutch company AMG.

Publicizing the new technology and failing to mass produce the panels allowed others to swoop in and replicate similar concepts elsewhere. Although AMG has resumed development of the technology, the solar market is stalled and its efforts appear to be too little, too late.