'Brazil Too Reliant on Hydropower' says US Department of Energy 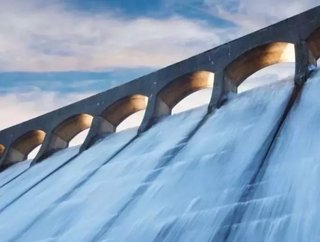 While the country is basking in World Cup fever, Brazil may be overlooking a big impending power crisis, according to a report by the US Department of E...

While the country is basking in World Cup fever, Brazil may be overlooking a big impending power crisis, according to a report by the US Department of Energy.

The Energy Information Administration (EIA) said that while the southern and eastern parts of the country is seeing heavy rainfall (including the World Cup stadiums), the country is seeing the worst drought in last 40 years.  “As Brazil hosts the 2014 World Cup soccer tournament over the next month, concerns have been raised as to whether electricity supply will be adequate to meet the increase in demand associated with the tournament. While the drought has persisted in northern Brazil, the south has been inundated with rainfall that has affected some World Cup matches, including those held in Natal”, said a report released by the department.

It further pointed out , “The country depends on hydroelectricity for more than 75 percent of its electric power supply. Much of Brazil's hydroelectric potential lies in the country's Amazon River basin in the north, while Brazil's population centers (and demand for electricity) are largely along the eastern coast, particularly in the southern portion. This reliance on one resource for most of the country's electricity generation, combined with the distant and disparate locations of its population centers, has presented electricity reliability challenges.”

Brazil has spent more than $5 billion to subsidize electric utilities replacing lost hydroelectric generation with fossil fuel-fired generation, including large amounts of liquefied natural gas, and has taken steps to provide backup generation for stadiums. Most sector commentators opine that in case it falls short of power, Brazil can limit supply to other areas to continue uninterrupted power supply for the World Cup locations.

However, Brazil is the home to the world’s second largest dam by generating capacity, and is on the way to construct the third largest dam on a tributary of Amazon.  The former is shared with Paraguay on the Parana River, and with a capacity of 14,000 megawatts (MW), which puts it behind only China’s Three Gorges’ dam which has the capacity of 22,500 MW.

“The 14,000-megawatt Belo Monte dam along the Xingu River, expected to be completed in 2016, will become the second-largest dam in Brazil—and the third-largest dam in the world—at a projected cost of $13 billion,” the EIA said.