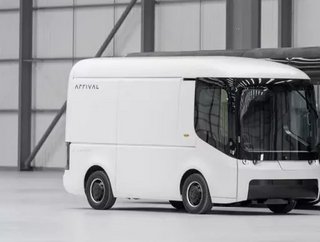 Electric vehicle company Arrival has secured the highest ever valuation for a British company on its stock market debut, according to The Times.

The company completed its IPO through a SPAC merger with CIIC Merger Corp this week, and has now listed on the Nasdaq in New York with a current valuation of $13 billion, more than double its November valuation ($5.4 billion). It plans to use approximately $660 million in gross proceeds to ramp up delivery of its EVs and expand its global network of Microfactories.

Denis Sverdlov, Founder and CEO of Arrival said going public will allow it to continue to scale globally, bringing vehicles to more cities. Founded in 2015, Arrival, based between Bicester and London, is developing zero-emission electric vehicles for commercial use made from composite materials.

Instead of constructing one singular large plant, Arrival plans to build a network of microfactories close to the cities where vehicles are purchased. This enables decentralised production which can have benefits for local communities such as hiring local talent, paying local taxes and using the local supply chain. Arrival has already announced its first three Microfactory locations in Bicester, UK, Rock Hill, South Carolina, and Charlotte, North Carolina.

United Parcel Service (UPS) has already committed to purchasing up to 10,000 electric vehicles from Arrival, with the option to order up to an additional 10,000.

Businesses twice as likely as consumers to switch to EVs

Arrival's stock market debut coincided with The Society of Motor Manufacturers and Traders (SMMT) calling for greater support for private retail uptake of EVs. New figures show that businesses are twice as likely as consumers to make the switch from petrol or diesel.

New car registrations in 2020 showed only 4.6 per cent of privately bought cars were battery electric vehicles (BEVs), compared with 8.7 per cent for businesses and large fleets. Overall, consumers registered 34,324 BEVs in 2020, compared to 73,881 corporate registrations.

Mike Hawes, SMMT Chief Executive, said: “When every market is vying for these new technologies, a clear and collaborative strategy engaging all would ensure the UK remains an attractive place both to manufacture and market electric vehicles, helping us achieve our net zero ambition.”

SMMT estimates that there would need to be around 2.3 million public charge points in service by 2030 to provide adequate coverage and tackle range anxiety – meaning more than 700 new charge points would have to be installed every day until the end of the decade.

"Improved incentives and the building out of public charging infrastructure will prove crucial in addressing them. But to help make the transition to electric a feasible option for private consumers in the immediate term, the industry must look to smart charging technologies, which bring down the cost and complexity of electric vehicle charging.

"If we want to make the electric revolution a reality and meet our 2030 targets, we must remove the barriers to EV adoption for consumers and see smart technologies adopted at scale in the UK."