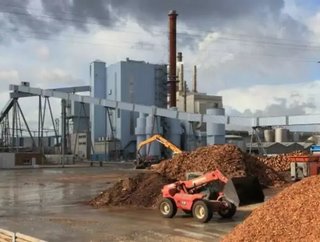 TO ENHANCE YOUR READING EXPERIENCE, VIEW THIS ARTICLE IN OUR INTERACTIVE READER! In the prevailing quest for low emission renewable energy sources, a c...

In the prevailing quest for low emission renewable energy sources, a classic is making its way back into the mix.  Man has been burning wood to cook food and keep warm for thousands of years, but wood and other forms of biomass lost favor in generating energy as fossil fuels like coal and oil powered the industrial revolution forward.  Now, energy companies are rethinking biomass as perhaps a more desirable alternative in terms of emissions and regenerative capacity to run coal fired power plants.

United States utilities giant Dominion is actively planning to convert three of its aging Virginia coal plants to run on waste biomass sourced from local timber operations.  The switch would boost the state of Virginia’s renewable capacity by 150 MW and increase the efficiency of two of the plants, allowing operation 90 percent of the day versus 25 percent while fueled with coal.

"The converted units will provide low-cost, renewable, base load energy, while promoting economic development through the use of a locally produced fuel," says Dominion Generation CEO David Christian.

In fact, Dominion’s transition to biomass from coal would create 250 direct and indirect jobs and cost ratepayers only 14 cents per month.

There are several reasons to make the switch to biomass.  Economically, waste biomass can be significantly cheaper than coal, especially if the source is relatively nearby the power plant, thus reducing transportation costs.  Also, EPA mercury and air toxin regulations currently exclude biomass, and with coal power under the regulators’ microscope, an energy source with less regulation is an obvious attraction to businesses.  However, if biomass were substituted for coal on a nationwide scale, it is safe to assume that the regulations would catch up quickly.

The United States burns roughly 1 billion tons of coal each year.  Since biomass has a lower BTU content than coal, it would require roughly 1.5 billion tons of biomass to completely transition coal to biomass.  According to a 2005 study by the Department of Energy and Department of Agriculture, there are 368 million dry tons of forest resources and 998 million dry tons of agricultural resources that account for a total of 1.366 billion dry tons of biomass generated in the U.S. every year.  Not quite enough to make a full transition, but certainly enough to consider incorporating biomass into the mix.

So what are the environmental advantages of using biomass over coal?   Well, no more mountaintop removal for one.  Biomass is regenerative, derived from plant matter.  That doesn’t necessarily mean that forests will be cut down acre by acre to supply biomass for energy.  Biomass can come from waste streams, such as food byproducts, timber operation leftovers (as sought by Dominion) and even landfill.

Over time, the use of biomass in place of fossil fuels can lower atmospheric greenhouse gas levels.  Emissions from burning wood are initially higher than fossil fuels; however, the regrowing of biomass acts to sequester carbon, unlike fossil fuels.  A 2010 study from the Manomet Center for Conservation Sciences revealed that the carbon debt of biomass takes more than 20 years to pay off.  So essentially, biomass is better in the long-run than short term.  However, when you factor in things like oil well blowouts, coal mountaintop removal, and polluted waterways, the environmental impact of biomass comes out on top comparatively.

The Oak Ridge National Laboratory claims that realistically, the United States could convert 26 gigawatts of coal capacity to renewable biomass by 2020. The most realistic implementation of biomass in coal plants will likely first be seen in the mixing of biofuels and coal in the same boiler.  This maximizes overall efficiency versus solely utilizing biomass.

Biomass is not as clean as other renewable energy sources like solar or wind power; however, it is the renewable factor that places biomass well above coal.  Coal reserves dug out of the ground will eventually run out, leaving abandoned mines and ravaged landscapes in the wake.  Forests and plants, on the other hand, can be regrown.  Even better, agricultural biomass, such as cornhusks, nutshells, and other non-edible plant matter can close the loop between the agricultural and energy sectors, providing both food and affordable electricity.