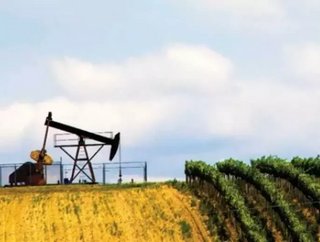 Canadas government may be mimicking its neighbor to the south, the U.S., in making biofuel blends mandatory in certain fuels. In an effort to reduce th...

Canada’s government may be mimicking its neighbor to the south, the U.S., in making biofuel blends mandatory in certain fuels.  In an effort to reduce the country’s greenhouse gas emissions 17 percent by 2020 (compared to 2005 levels), Canada will require heating oil and diesel fuel to contain at least two percent biofuel content.

The announcement is a follow-up to Canada’s 2010 regulation requiring at least five percent average renewable content in all gasoline sold in the country.

Canadian Environmental Minister Peter Kent states, “Our Government will continue to ensure that protecting our environment, while balancing economic growth and prosperity remains our priority.”

The new biofuel mandates are expected to reduce emissions equivalent to removing one million cars from the roads.

The mandates also come as a move to bolster the nation’s fledgling biofuels industry, which can cross sectors to benefit agricultural feedstock growers.  “These regulations will also generate more than environmental benefits,” adds Kent.  “As an important part of the [federal] government’s Renewable Fuels Strategy, they will establish a demand for renewable fuels to help stimulate the Canadian biofuels industry.”

Heating oils sold in Newfoundland and Labrador are permanently exempt from the new biofuel mandate due to  logistical challenges of blending biofuels in these regions.  Quebec and Atlantic provinces are also temporarily exempt until December 31, 2012 to allow eastern refiners time to install biofuel blending infrastructure.