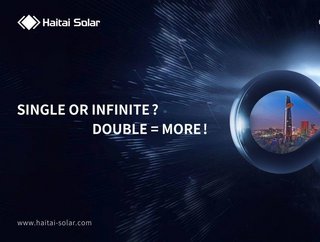 Haitai Solar, the China-based new energy provider, has announced that it has completed the process of its Initial Public Offering and has begun trading on the Beijing Stock Exchange since August 8, 2022, with 53.82 million shares issued.

Trading under the stock code 835985 at RMB 9.05 per share, the successful listing marks a significant milestone for Haitai Solar as it looks to establish itself as a new energy powerhouse, a statement from the company said.

With the new capital injection, the company aims to further enhance its leadership in the growing renewable energy sector and deliver more value to shareholders, existing and future partners. Furthermore, the IPO will also help achieve net-zero emission targets and drive the global energy transition, the statement continued.

"We are glad to witness Haitai Solar being successfully listed on the Beijing Stock Exchange, which marks a significant milestone as we strive to build the Company into a new energy powerhouse. The new capital injection, coupled with the Haitai Solar's rising profile on the global stage and rapidly growing scale, will greatly sharpen our competitive edges, and go a long way to securing its leading position in the industry," said Wang Yong, Chairman of Haitai Solar.

Since its inception in 2006, it has been grown its operations to global customers and partners, and has been recognised as Tier 1 Module Manufacturer, with total global production capacity of 8GW. It has also been ranked as Top 10 PV companies in China in terms of shipments.

"Looking forward, we are confident in Haitai Solar's ability to achieve sustainable growth in the long run through the strategy that zeros in on production expansion, quality improvement and technological innovation," Yong concluded.