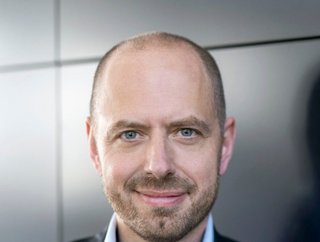 Without wind power there can be no energy transition, says Bruch

Bruch will succeed Miguel Ángel López, who has chosen to leave the company and seek new challenges. He joined Siemens Gamesa back in December 2017 as the company’s Chief Financial Officer and was later appointed non-executive Chairman in 2018.

“The medium- and long-term success potential of Siemens Gamesa is enormous,” Bruch said after his appointment. “Without wind there can be no energy transition. Structurally some things have to change in the wind market so that turbine manufacturers can be profitable, but above all we have to get a grip on our home-grown problems. First and foremost, this requires passion and attention to detail, which is what I expect from management and employees.

“We have to tackle the problems step by step and show progress quarter by quarter. In my new role, I will do everything I can to support the Siemens Gamesa Executive Committee in this task. I would like to thank Miguel Ángel López for his dedicated commitment to Siemens Gamesa in difficult times and for the good cooperation. I wish him all the best for his future.”

Born in 1970 in Düsseldorf, Germany, Bruch holds a doctorate in engineering from the Swiss Institute of Technology Zurich (ETH), Switzerland. He studied mechanical engineering at the Leibniz Universität Hannover, Germany, and at the University of Strathclyde, Glasgow, United Kingdom.

His professional career encompasses the engineering and energy industries. Before becoming the President and CEO of Siemens Energy AG in 2020, he held senior positions in companies such as Linde AG or RWE AG.

The change of the Chairman is the logical next step in the potential takeover and subsequent integration of Siemens Gamesa into Siemens Energy, the statement continued.

A leader in the renewable energy sector

In a letter sent to Siemens Gamesa’s Board of Directors, López said: “I feel fortunate to have served Siemens Gamesa during an extremely challenging period. I leave the company in the strong belief of having been a key element in consolidating the integration and developing a robust and modern governance system to ensure that Siemens Gamesa is directed in the best interests of all our stakeholders and trusted as a responsible actor and leader in the renewable sector.”

“On behalf of everyone at Siemens Gamesa, I want to express my sincere gratitude to Miguel Ángel López for his dedication and leadership to our company over the past five years. His contribution to consolidating the integration and building relationships with governments and institutions has been vital. I wish him all the very best on his next endeavours.

“I look forward to working together with Christian Bruch in bringing our company back to a place of profitability and in driving the transition to renewable energy systems all over the world,” concluded Siemens Gamesa’s CEO, Jochen Eickholt.