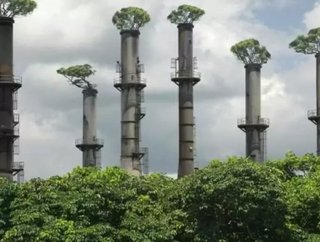 Clean Energy Systems Inc (CES) has recently been awarded $30 million in American Recover and Reinvestment Act funding (ARRA), from the U.S. Department of Energy (DOE), to expedite the development of zero-emission power plants from multiple fuel sources. CES will develop a first-of-its-kind commercial-scale, oxy-fuel turbine. The oxy-fuel turbine can use a variety of fuels, such as biofuels, gasified petroleum coke or natural gas, while capturing almost all carbon dioxide emissions.

“With this funding, we will be able to accelerate our turbine program to deploy and test the critical components for a zero emission power plant,” stated Keith Pronske, President and CEO of CES. “We can make power without pollution a reality years ahead of our previous plans.”

The total program costs are around $43 million, which will be used in the building and testing of a 150 megawatt turbine. The technology is due to be complete by 2012. Additionally, as a result, over 150 direct, and thousands of indirect jobs, will be created over the years to come.

“The DOE funding will allow CES to develop necessary technology for power plants with no smokestack and essentially zero emissions within two years,” Pronske added. “We’ve been very fortunate to have strong bipartisan support to help advance development of this cutting edge technology,” he stated. “In particular, Congressman Jim Costa, Congressman Dan Lungren, and Congresswoman Doris Matsui have all dedicated significant time and effort to advance the benefits of these clean technologies which reflect environmental stewardship and bring high-value manufacturing jobs to California.”

CES, which has finalized the necessary engineering for the commercial-scale oxy turbine, will work with its partners on the project, Siemens Energy and Florida Turbine Technologies. This project funding helps to grow the Advanced Turbine Program, initiated by the DOE in 2005.

“The development of Zero Emission Power Plants, driven by CES, has been the basis of close cooperation between CES, Siemens, and governmental authorities in the U.S. and Europe for more than a decade,” stated David Henson, Director, Engineering for Siemens Energy’s Oil & Gas Division. “Siemens looks forward to continuing its support of CES and their potential business partners in the development, scale-up and commercialization of the technology.”