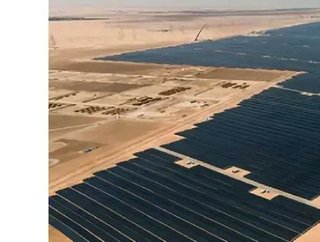 Once constructed, the project will be the largest PV power plant in the world to date. It has been developed by Emirates Water and Electricity Company (EWEC) and awarded to a consortium led by EDF Renewables and Jinko Power HK, a subsidiary of Jinko Power Technology Co. Ltd (JinkoPower), who will together hold 40 percent of the project company, with the remaining 60 percent shared between their local partners, Abu Dhabi National Energy Company (Taqa, 40 percent) and Masdar (20 percent).

"The transaction highlights the commitment of international energy developers as well the financial industry to the development of clean power generation. We are pleased to have worked with the banks on this significant step towards the UAE's ambitious renewable energy goals,” said partners Robin Abraham and Richard Parris, who led the Clifford Chance team.

The Al Dhafra plant is expected to be fully operational by the second half of 2022 and will power approximately 160,000 households across the UAE and reduce Abu Dhabi’s CO2 emissions by more than 2.4 million metric tonnes per year, the equivalent of removing approximately 470,000 cars from the roads.

The highly competitive procurement process for the project is said to have contributed to the world-record tariff price for solar PV energy offered by EDF Renewables and JinkoPower of US$1.35 cents / kWh on a levelised cost of electricity (LEC) basis, the statement adds.

It points out that the price was subsequently reduced to US$1.32 cents / kWh at closing, primarily because of hedging costs, and is approximately 44 percent lower than the tariff set on the Noor Abu Dhabi project three years ago, an indication of how rapidly renewable energy costs are falling.