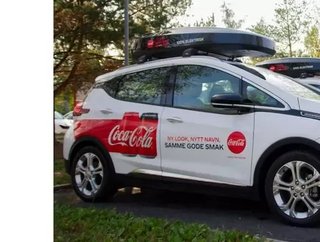 CCEP commits to transitioning its fleet of approximately 8,000 vehicles to EVs after joining EV100 global initiative...

Coca-Cola European Partners (CCEP) has become the latest major supplier to join EV100, the global initiative that unites companies committed to accelerate the transition to electric vehicles (EVs) by 2030, as it strives for net zero GHG emissions by 2040.

This will accelerate the work that has already been undertaken across a number of CCEP’s markets, for example the transition of over 50 percent of its sales fleet in Norway, Sweden and Germany to EV or Plug-in-Hybrid vehicles.  CCEP will also support employees by offering workplace vehicle charging, and make it easy for employees to charge electric vehicles at home, at work and on-the-go.

Joe Franses, VP, Sustainability at CCEP said it marks an important milestone along CCEP’s journey to a low carbon business.

The Europe Electric Vehicle Market is expected to have a high annual growth rate of about 36 percent annually, especially in Germany and France, until 2024.