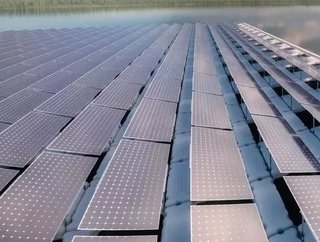 Singapore has started work on a vast floating solar farm, the size of 45 football fields...

Singapore has started work on a vast floating solar farm, the size of 45 football fields.

A partnership between Singapore’s Public Utilities Board (PUB) and Sembcorp Industries will see the beginning of the construction of a 0 megawatt-peak (MWp) floating solar photovoltaic system.

The farm will be based on the Tengeh Reservoir which is based at the eastern half of Singapore and will take over an area which is equivalent to the size of 45 football fields. Unsurprisingly, it’s one of the largest solar farms of its kind in the world.

The solar facility is set to begin generating electricity in 2021, and will power PUB’s water treatment plants.

PUB has stated that the facility will offset around seven per cent of its annual energy requirements. According to the water agency, it equals around 32 kilotonnes of emissions or around seven thousand cars taken off the road.

Following the design and planning stage, an environmental study was conducted which concluded that floating solar panels “have minimal impact on the reservoir’s water quality and biodiversity”, according to PUB.

The design includes the use of cables encased in waterproof insulation in order to assure maximum durability, whilst anchors for the floats will prevent unnecessary movement, such as in strong winds or other extreme weather conditions.

The system has also been designed to enable the possibility of storing energy in battery systems in the future, making the project future proof.

The PV modules use double-glass that are designed to be UV-resistant, preventing them from being degraded from sunlight. The array has been designed to last around two and a half decades.

Ng Joo Hee, Chief Executive of PUB, said: “With this floating solar power plant, which we believe to be one of the largest in the world, PUB takes a big step towards enduring energy sustainability in water treatment. Solar energy is plentiful, clean and green, and is key to reducing PUB’s and also Singapore’s carbon footprint.”