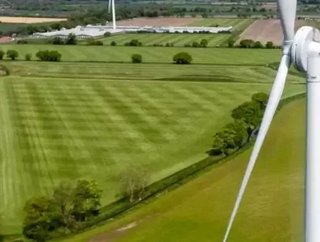 DORE aims to raise up to £200 million to invest in a diversified renewables portfolio...

New company Downing Renewables & Infrastructure Trust (DORE) intends to launch an initial public offering (IPO) and admit its shares to the premium segment of the Official List of the Financial Conduct Authority and trade on the London Stock Exchange (LSE).

Downing LLP will be the investment manager to DORE, according to a statement released today.

DORE is seeking to raise up to £200 million via a placing, an offer for subscription and an intermediaries offer (together, the Issue) to invest in a diversified portfolio of renewable energy generating assets including wind, solar, hydro and geothermal along with other infrastructure assets in the UK, Ireland and Northern Europe.

DORE is expected to qualify for the London Stock Exchange’s Green Economy Mark at Admission, which recognises companies that derive 50 percent or more of their total annual revenues from products and services that contribute to the global green economy.

DORE expects to publish a prospectus in connection with the Issue in the coming weeks and to complete the issue by mid-December.

Utility and renewables developer Ignitis Group recently marked its first day of trading on the LSE and trading list of Nasdaq Vilnius, in a bid to target international renewables markets.