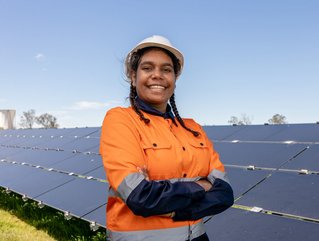 Dubai Investment Fund (DIF), one of the world’s largest independent international investment funds and asset managers, has announced that it will be investing in five projects aimed at developing renewable energy sources in Australia and Europe.

Improving the energy supply with renewables

DIF said that it is expanding its investment strategies to include more environmentally friendly and clean technologies, given their increasing importance around the globe.

As per the statement, the projects the DIF will support include two start-ups that are solar power plants for local communities of Australia. These projects will utilise the weather conditions of the region to improve the energy supply in the area. The project is expected to generate about 300MW of solar energy in its initial stage.

Two more projects will be developed in Europe. These are a wind power plant in Germany and a solar power plant in Spain, which are expected to exceed 125MW each.

The investment plans described above are a part of the long-term strategy of DIF to support promising and innovative research projects, the statement added.

“One of the core principles of DIF is investing into developing technologies, which will make people’s lives better in the future, and will create a possibility for a safer and sustainable environment,” explained Ryan Smith, Head of Global Strategy and Investment Operations at DIF.

“With that notion, the fund announced the investment into five projects, united by the common goal – creating renewable energy sources, which will improve the environmental conditions on a local level and solve the problem of energy shortages. The rising prices for fossil fuels is another reminder of why it is important to support the research and implementation of alternative energy production methods.”

The technological and geographical variety of the projects ensures that they will develop and grow independently, thus increasing the stability of the potential profits, he added.