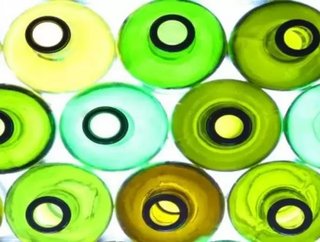 This renewable energy business develops and commercializes clean combustion technology for biosolids, in addition to other organic wastes. Headquartered in Atlanta, Georgia, EnerTech was established to supply solutions to the issues that arise from traditional waste-management techniques, while at the same time, cost-effectively creating renewable energy.

One of the company’s flagship products is the patented SlurryCarb™, which is a process for cleanly and affordably transforming high-moisture wastes into high-grade renewable fuel. EnerTech has various other U.S. and international patents for multiple-combustion and high-pressure technologies. EnerTech facilities are situated in both California and in Japan.

The company’s mission is to offer public health and environmental protection. EnerTech is unique in that it sees proper waste management as a necessary component to a healthy community and thriving environment, yet also sees an opportunity for generating energy from waste. The company has proven itself successful in converting wastes into high-grade energy. Additionally, the fuel being generated from waste releases zero greenhouse gases into the environment.

This energy technology company earned its place on the distinguished 2010 Global Cleantech Top 100 list, which takes note of commercially inventive and revolutionary technologies of the world. Chief Executive, Dr. Jennifer Holmgren, attributes the listing to the company’s international team, and its research-and-development team, overseen by CSO and co-founder, Dr. Sean Simpson, in New Zealand. Dr. Holmgren said, “LanzaTech has made significant strides in 2010, and this recognition validates our unique gas-to-fuels and chemicals technology in the Global Cleantech arena.”

Lanza Tech’s Dr. Holmgren and Dr. Simpson were included on the list of Top 100 People in BioEnergy by Biofuels Digest.

The company is responsible for developing a technology that harnesses the harmful gases generated from industrial waste, such as carbon monoxide, and converts them into fuel. The process reduces the carbon footprint of industrial processes and extracts oil for transportation fuel.

Through gasification, converting biomass to carbon monoxide and hydrogen gas, more than 90 percent of energy is available for fermentation.

Dr. Simpson said, "The LanzaTech process addresses the global need for cost-competitive low carbon transport fuel, and has the flexibility to either be used to reduce GHG emissions from steel manufacture or through the direct displacement of fossil fuels, with biomass derived ethanol, a sustainable alternative."
Ze-gen Inc.

According to Ze-gen, as of November of this year, close to 2 million tons of waste occupy landfills and only two percent of energy potential in solid waste is actually used. The company is, however, working toward changing those statistics. Through the company’s gasification technology, ordinary waste streams can be converted into a viable energy resource.

Ze-gen, which stands for zero-emissions generation, has commercialized an economical and environmentally beneficial alternative to land-filling and incineration. The gasification system developed by the company is an efficient, affordable approach for utilizing waste to its full potential.

The company’s engineers focus on one design for gasification modules, which allow for standardization, and minimal costs and time-to-market. Until now, gasification on a commercial scale has not come to fruition.

The company was established in 2004 and works toward efficiently repurposing the carbon content of conventional solid waste streams into synthesis gas, and further, into various forms of renewable energy.

Ze-gen was selected as one of the GoingGreen Silicon Valley Top 100, which recognizes leadership, and game-changing methods and technology, which are capable of disrupting current markets and leading players in the industry.

With locations in the U.S., Austria and China, this business is focused on recycling engineering plastics from complex waste streams, as well as durable goods that are no longer usable, such as computers, business equipment, sporting equipment and appliances.

The company was established in 1994 and, today, is a world leader in developing advanced technology to recover high-value engineering plastics and other materials from complex streams of co-mingled material. MBA’s automated technology accepts shredded materials from multiple sources and transforms that material into high-value engineering plastics for reuse in similar applications. Ferrous and nonferrous metals are also recovered and recycled via local recycling companies.

The company commenced commercial operations in 2000 and is capable of processing several million pounds of plastic every month. The company intends to expand throughout the U.S., as well as internationally.

MBA Polymers won multiple awards through the Department of Energy NICE3 program and California’s Cal-Tip program. Additionally, it won the prestigious DOC NIST ATP grant and the Governor’s Environmental and Economic Leadership Award. The company is most noted for its innovation, having received the 2002 Thomas Alva Edison Awards for innovation, and was chosen as one of “America’s Most Innovative Companies” by the Inc. Magazine Innovation Series.


Read this story in our digital magazine: http://www.energydigital.com/magazines/3624