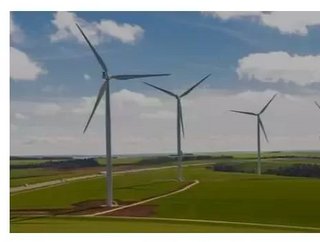 Orange has teamed up with ENGIE to develop two solar projects in France.

The 15-year Corporate Power Purchase Agreement (PPA) covers a 38MW farm in L’Epine and 13MW project in Ribeyret, which are located in the Hautes-Alpes region - and both are due to open by January 1 2023 latest.

The tie-up will create new solar energy production capacities, managing the production of all renewable electricity capacities contracted by Orange with other producers and supplying additional volumes to cater to Orange's actual consumption.

The regions covered by these solar projects will reap significant economic benefits with local companies building, operating and maintaining the sites, and the facilities will generate rent and tax income.

Under this agreement, ENGIE will aggregate all of the renewable energy produced by the wind farms and solar plants for which Orange France signed a power purchase agreement.

Furthermore, ENGIE will put its expertise in energy management to use to deploy a continuous energy strip that caters as closely as possible to Orange's actual consumption profile.

Fabienne Dulac, Orange's Executive Vice-President and CEO of Orange France said to achieve its aim of carbon neutrality by 2040, it seeks to improve the energy performance of its networks and speeding up the incorporation of renewable energies into its energy mix.

"Signing this agreement with ENGIE is extremely important in this regard; it illustrates our desire to be a major player in the field of power purchase agreements in France," he said.

ENGIE currently has 3 GW of PPAs and targets 4.5 GW by the end of 2021. "These contracts will help us accelerate our clients' energy transition", she said.