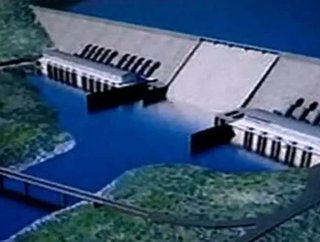 The dam will be constructed on the Nile River just 40 kilometers (25 miles) from the border of Sudan. It is estimated that the dam will produce 5,250 MW of electricity. The first 700 MW are due to come online by 2015.  The project will be the biggest hydroelectric dam in Africa.

SEE OTHER TOP STORIES IN THE WDM CONTENT NETWORK
Collaboration and Consensus Building for Arctic Offshore Oil and Gas
Beyond Solar Panels: Six Types of Solar Power Plants
The Remote Controlled Mine: Robotic and Virtual Mining Machinery and Equipment
Check out the latest edition of Energy Digital!

Ethiopia has had difficulty securing loans from multinational banks for hydroelectric projects in the past, and plans to fund the entire project with government funds. The dam’s cost would use 95 percent of the government’s yearly fiscal budget.

Environmental impact studies have yet to be released, and there is some concern over relations with Egypt and other countries sharing the Nile insofar as collaborating on the possible environmental effects of building such a massive project.

Prime Minister Meles Zenawi states, “Ethiopia is sometimes characterized as the water tower of Africa. With its over 45 thousand MW potential of hydropower, our country is second only DRCongo in this regard. Our government has decided to exploit this abundant resource of energy.”