EU’s renewable power doubles in 15 years but must accelerate 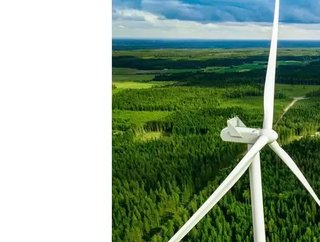 Europe’s shift from fossil-fuel based electricity to renewable sources has reduced environmental problems while also cutting down on greenhouse gas emissions that cause climate change, according to a report from the European Environment Agency (EEA).

Renewable power generation in the European Union has nearly doubled since 2005, producing 34 percent of the EU electricity in 2019, compared with the 38 percent produced by fossil fuels like coal and gas, the study finds.

The switch from fossil fuel-based power production to sources such as wind and solar since 2005 has significantly decreased emissions, while also yielding clear improvements in key environmental problems, the EEA explains in the study.

These include soil acidification, eutrophication – where freshwater becomes overloaded with nutrients, causing algal blooms and low oxygen levels – and the formation of particulate matter, which is a type of air pollution linked to 379,000 deaths in Europe in 2018.

“By substituting more polluting fossil fuels, expanding renewable electricity generation across the EU provides multiple opportunities to improve human health and the environment while mitigating climate change,” the EEA report says, adding that the agency had studied 16 power generation methods, of which coal, natural gas, and oil had the biggest life cycle impacts on the environment.

“Coal generation has by far the highest impact intensity overall, leading to most impacts across the categories that we looked at and across all years,” EEA energy and environment expert Mihai Tomescu highlights.

However, the report stresses renewable energy sources are not ‘zero-impact’, with the production of power by incinerating waste having an effect on freshwater toxicity, while biomass energy is associated with intensified land occupation and the formation of particulate manner, albeit a tiny amount compared with what is produced by burning coal.

Despite all the positive changes in the last 15 years, Europe cannot rest on its laurels. Meeting EU emissions-cutting goals will require an even faster expansion of renewable energy sources, requiring a power sector that is 70 percent based on renewables by 2030, the report adds. Last year wind delivered around 15 per cent of Europe's electricity and the plan is to roll out 300GW of offshore wind facilities by 2050.

Given this expected growth, the EU will need to tackle potential environmental impacts from renewables in a better manner. For example, better reuse of materials could help curb the environmental impact of mining the metals and purifying the silicon used to make solar PV panels.