Facebook Urged by Greenpeace to Drop Coal for Renewable Ener 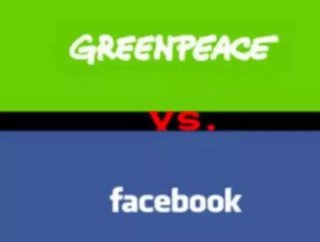 Written By: John Shimkus Facebook has been putting a lot of effort into maximizing its data servers energy efficiency; however, the social network king...

Facebook has been putting a lot of effort into maximizing its data servers’ energy efficiency; however, the social network king is still reliant on coal for its energy needs. Greenpeace—the outspoken, yet commendable environmental justice organization—has put together a campaign to urge Facebook to seek renewable energy alternatives to coal.

Greenpeace has put together a campaign to try and gather Facebook comments on the coal to renewable energy switch. Greenpeace’s goal is to surpass 50,000 comments in a 24-hour period. If successful it will be a world record. The comments have already surpassed 45,000, and it looks like Greenpeace is going to hit its goal.

Greenpeace has outlined a plan for Facebook to make the switch from coal to renewable power.

The simple 5-step process is as follows:

2. Infrastructure siting policy—make it a priority to place data centers where renewable energy is plentiful.

5. Educate Facebook users about clean energy and how we can all sign up for using clean energy.

If Facebook were to follow these simple steps, it could not only change the face of the company, but the world. Let’s not forget that the popular social network has already helped topple several authoritarian governments in the Middle East and North Africa. Facebook is a powerful tool that is used by a large percentage of the global population. Promoting renewable energy could speed up renewable energy development as more people become conscious of their energy choices.

Facebook isn’t all that bad though. In fact, the company has been making great strides toward energy efficiency. The website has put forth public statements, saying, "We started a project at Facebook a little over a year ago with a pretty big goal: to build one of the most efficient computing infrastructures at the lowest possible cost. We decided to honor our hacker roots and challenge convention by custom designing and building our software, servers and data centers from the ground up. The result is a data center full of vanity free servers which is 38% more efficient and 24% less expensive to build and run than other state-of-the-art data centers."

But Greenpeace has made its rebuttal, claiming, "If Facebook wants to be a truly green company, it needs to reduce its greenhouse gas emissions. The way to do that is decouple its growth from its emissions footprint by using clean, renewable energy to power its business instead of dirty coal and dangerous nuclear power."